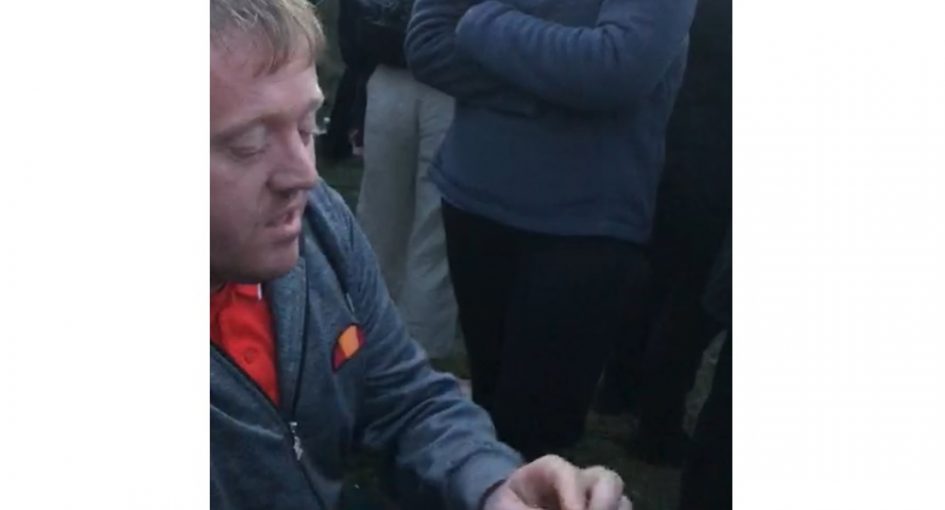 416
SHARES
ShareTweetSubscribe to our Newsletter

Watch this touching moment a Wicklow woman was left stunned at Ed Sheeran’s Phoenix Park show on Thursday night when her partner popped the question.

33-year-old Stephanie Kavanagh from Rathnew and 32-year-old partner Thomas Clancy, originally from Finglas, travelled to one of Ed’s three concerts in Phoenix Park.

At first, Stephanie is so blown away by Thomas’ surprise proposal, asking him is he “serious”.

When she accepts, the crowd around them burst into applause and cheers for the couple.

Thomas revealed to Wicklownews.net that he never planned to propose at the concert: “The proposal was completely unplanned, it was just an idea that came into my head, but I just had a sudden feeling that this was the perfect time and place.

“I didn’t even have a ring with me, so I had to borrow Stephanie’s, brother Richard’s ring who was with us at the concert.”

The pair went browsing at a Wicklow jewellers today so Thomas could find the “most perfect, completely personalised” ring for his fiancée.