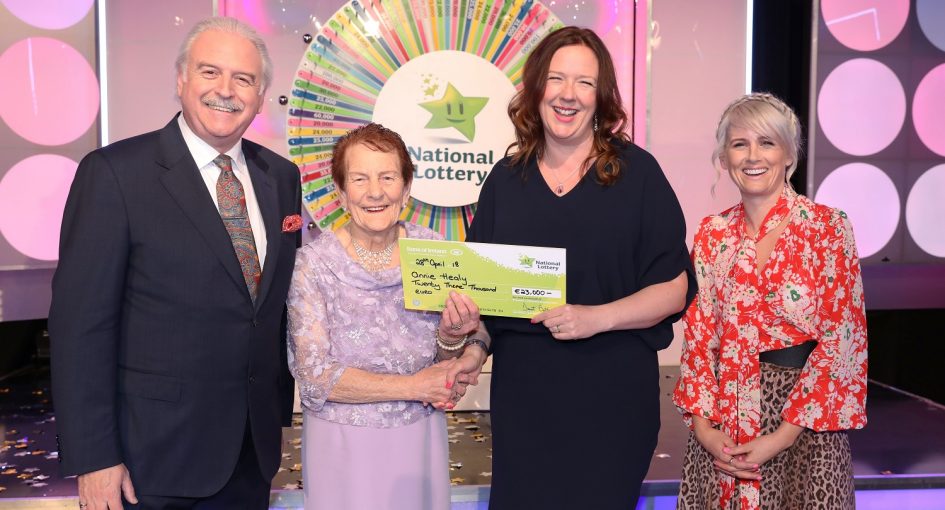 124
SHARES
ShareTweetSubscribe to our Newsletter

A lucky, bingo loving grandmother from Co. Wicklow appeared on the National Lottery Winning Streak game show on RTE One on Saturday 28th April and won a cool €23,000.

Two Friday evenings ago she won the jackpot at her local bingo game in Rathdrum and the very next day, as she was watching the show, she was shocked to see her name get pulled out of the drum.

The winning ticket was bought from Rowleys, Fairgreeen, Co. Wicklow.

Annie is married to Denis and has six adult children some of whom were cheering her on in the RTE audience. She has four girls Joan, Margaret, Marian and Rachel, and two boys John and Padraig.

She is a proud grandmother to 19 grandchildren and also has four sisters: Elisabeth, Vera, Breda and Catherine.