Loud applause could be heard in the Kingdom on Saturday night last as The Association of Irish Musical Societies (AIMS) had its Annual Awards Ceremony in the INEC, Gleneagles, Hotel, Killarney. Well over 1,400 members were in full voice as the winners were announced by MC Fergal D’arcy.

Avonmore Musical Society members were triumphant with three of their members returning with the much sought after “gongs” for Amateur Musical Theatre in Ireland. Six times nominee Chris Currid finally got the winning nod when he won the Sylvia Leahy Trophy for the Best Male Singer in the Gilbert Section for his role as “Judas” in the society’s production of “Jesus Christ Superstar” staged earlier this year.

Musical Director for Avonmore Musical Society Naoimh Penston brought home the Jan Canavan Trophy which was the Spirit of AIMS/Adjudicators Special Award for Carnew Musical Societies production of “Sister Act.” “For doing machine-like work as an excellent Deloris Van Cartier, while also serving as Musical Director for the same production of “Sister Act.”

Another member of Avonmore Musical Society, Robert Vickers was runner up as Best male Singer in the Sullivan Section for South East Theatre Group, Waterford for his role of “Jesus” in “Jesus Christ Superstar” a role he also played for Avonmore earlier this year also.

A large number of members travelled to Killarney to support all four nominees and we thrilled and excited at the outcome. Avonmore send their best wished to all four and to all their neighboring societies following their success at the weekend.

The society are busily preparing for their AGM which takes place on Tues 26th June at 8pm in the Arklow Bay Hotel and is open to all paid up members to attend. 2019 sees the society celebrate their Ruby Anniversary and plans will be discussed following the AGM. The society would love to hear from people as to what show you would like the society to stage for this special year. See their Facebook Page, Avonmore Musical Society.

Avonmore M.S. Announces additional night of Auditions for “9 to 5”

Avonmore M.S. Announce auditions for “9 to 5” 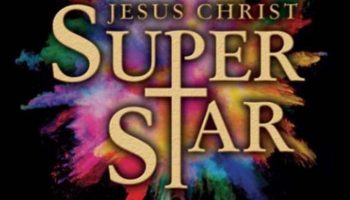