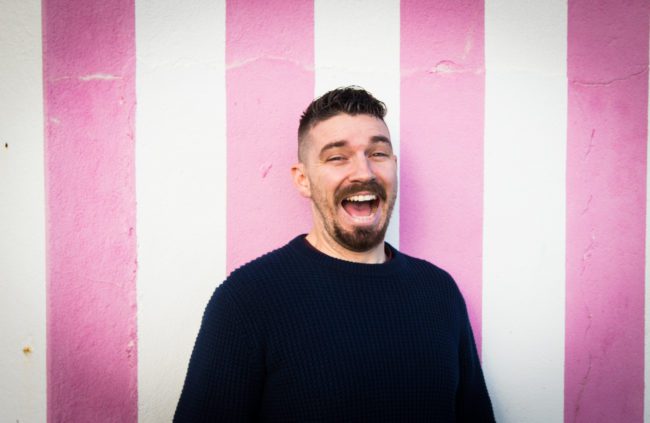 Described as “the perfect mix of wit, charm and seething anger” Bray comedian Adam Burke has swiftly risen through the ranks of Irish comedy, cementing himself as a regular on the country’s most established stages.

He has performed alongside fellow top acts including The Rubberbandits, PJ Gallagher, Ardal O’ Hanlon, David McSavage, David O’ Doherty, Foil, Arms and Hog and at some of the best Irish festivals including Vodafone Comedy Carnival and Bray Comedy Festival.

A two time ‘New Comedian of the Year’ finalist, a ‘Show Me The Funny’ finalist and also a finalist of ‘Ireland’s Got Comedy Talent’, Adam is quickly rising as one of the country’s most promising new acts.

After a sell out show in June, he’s been booked for another night of fantastic comedy at the Mill Theatre in Dundrum, with all proceeds going to mental health charity ‘Suicide or Survive’.