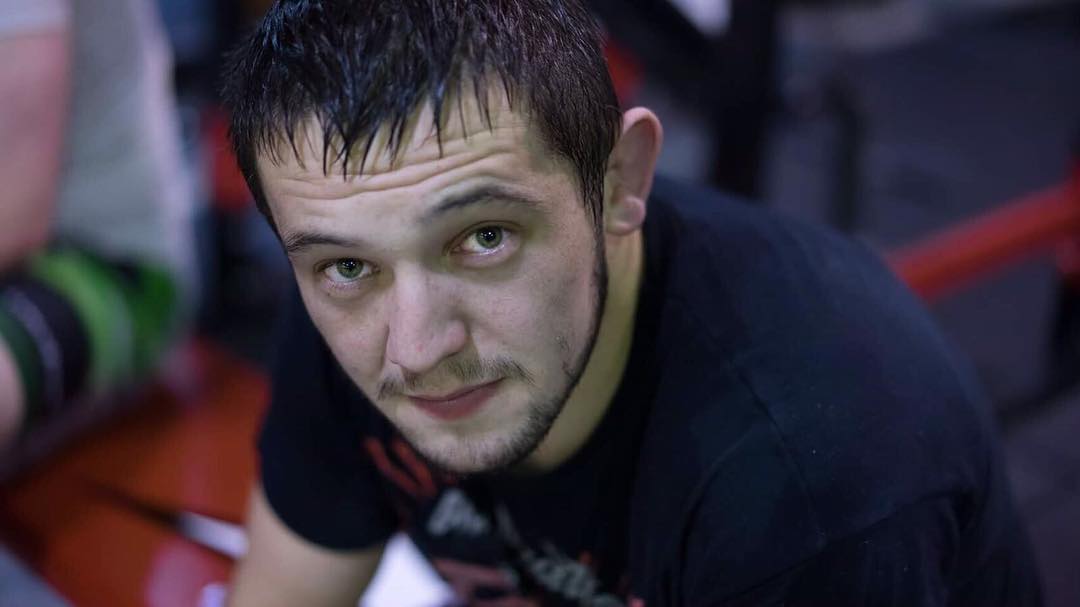 248
SHARES
ShareTweetSubscribe to our Newsletter

Richie Smullen never had a straightforward childhood goal to get into mixed martial arts. He spent his early life boxing, playing football, and hanging out with his friends in his local area of Arklow. While he would become more disciplined once he started training full time in MMA and jiu-jitsu, he initially didn’t have the commitment to apply himself to a single area until he found himself part of the fight game.

“When I started MMA, I had no goals or expectations that I would get as far as I would get. I started training in a small gym in Arklow. I would do my jiu-jitsu classes at 12, and go to get food after. The gym would be closed so I would come back again at night-time.

“I was never consistent growing up. I was playing football, working, and seeing my friends. I don’t think I took it seriously until I joined SBG.”

That ‘small gym’ which he mentions is called Red Door Fitness and is where he started full-time martial arts training at the age of 20 in Arklow. That was early 2012. Six years later, Richie is facing up to his UFC debut when he fights Luis Pena on the season finale of The Ultimate Fighter 27 in Las Vegas, on the 6th of July.

As implied, Richie Smullen was rewarded his fight against Pena off the back of his involvement in The Ultimate Fighter (TUF) — the UFC’s reality show/mixed martial arts competition. However, his involvement on the show was not of the routine variety.

Smullen’s first fight on The Ultimate Fighter was due to be against 13-0 Costa Rican fighter Allan Zuniga. On the day of the fight, he started to suffer from severe cramps in his legs. Those cramps went from being uncomfortable to insufferable, and Richie was pulled from the fight and eliminated from TUF shortly thereafter.

“I didn’t have my team around me so I was keeping my weight down super low,” Richie admits.

The injury, eventually diagnosed to be rhabdomyolysis, is rare and occurs when skeletal muscle begins to rapidly break down and can come as a result of strenuous exercise.

“Back home I probably train harder. I probably train smarter as well – I have my coaches and my team looking out for me. I put part of the injury down to not having my team around me. It’s not an excuse – everyone is in the same situation – but I kept my weight down low so that there would be no weight cut.”

It was almost a tragic end to Richie’s journey to the big leagues of mixed martial arts, one which started so very brightly with his first fight as an amateur fighter back in 2013, soon after Smullen moved from Red Door to John Kavanagh’s Straight Blast Gym (SBG).

Taking place for Nemeses MMA in The Palace nightclub in Navan, County Meath; Richie’s debut fight against Lewis Mitchell was a modest beginning, but one which the man himself appreciates all the same.

“It was a small little show in a nightclub. It was huge to me. It was like walking out to the 3Arena back then. My family was there and my friends were there. It was great.”

Richie wouldn’t have to wait too long for that walkout at the 3Arena.

While his next fight would end in a defeat against Ryan McIlwee, the 26-year-old ended his amateur career with a record of 7-2/

“Even as an amateur, I always wanted to be the best I could be. In my early amateur career, I was winning some and losing some but, when I took the year off to do provincial tournaments and competitions, I came back and enjoyed a winning streak and then turned pro. I haven’t looked back since.”

During that year off, which came between wins against Nathan Kelly in December of 2014 and Paul Hughes in February of 2016, saw Smullen build on his burgeoning MMA career with wins in Irish and British jiu-jitsu tournaments as well as taking part in the 2015 Pan American Games.

“I spent a lot of my time training in jiu-jitsu. It’s not just that I enjoyed it but, while I think you can’t do MMA forever, I believe that you can do jiu-jitsu forever.

“A lot of my wins have come by submission and I believe that a lot of my future fights will end in finishes as well.”

It does not take an MMA die-hard fan to recognise that Richie is a submission specialist inside the octagon. Of his seven amateur victories, five were by submission. This carried into his currently unbeaten professional career.

His debut fight as a pro came against Jay Moogan in Liverpool in July of 2016. That fight ended in a submission win for the Arklow man and was followed by that debut at the 3Arena.

Taking place under the banner of BAMMA against Andrew Murphy in September of 2016, Smullen considers the fight a highlight in his career thus far.

“It was crazy and the support was crazy. If you watch the videos on YouTube my name is being screamed in the crowd in this big huge arena. When I heard that I knew that I would never forget it.”

As of this time of writing, Richie has a 3-0-1 record as a professional, with his most recent fight being a draw against Rhys McKee in July of 2017 — a man he previously beat as an amateur. This unbeaten record qualified Richie for a tryout for The Ultimate Fighter.

“I went to initial try-outs in December [2017] and during those tryouts I had a broken sternum. Other than that I felt fine. I came home having a fairly good idea that I had made it because I thought that the tryouts had gone well. Over Christmas I was healthy. They called me around the second week of January and told me that I was heading out on January 19th.

“The show was a great experience and a bad experience at the same time. It was great because I got to learn a lot about myself and the skill level was that much higher. I also got to meet some really cool people along the way. Daniel [Cormier] and his team are pretty cool guys. I enjoyed training with them, it was fun.”

Richie’s time on the show ended before it could really get going, but he says that this was not the only reason he struggled in the house.

“I probably wouldn’t do it again but I’m glad that I did it. I wish that it had turned out different.

Despite the issues that Smullen came across while part of The Ultimate Fighter, he has expressed nothing but gratitude to the UFC and everyone involved in the running of the show for the experience that came along with being a part of it.

However, he reserves special gratitude to John Kavanagh and the SBG crew for the advancement that his career has gone through.

“I am where I am because of John, he has put a lot of work into me. I think that, if I was with some other gym I might not have gotten this far. John never forced me to do anything.

“He’s a great coach and a great person. I owe a lot to John. Even when my career eventually ends in the future I will want to do something with John’s gym.”

While he may not have gotten there via the traditional avenues, Richie Smullen will get the opportunity to make a statement at this early stage in his career when he fights Luis ‘Killer Bob Ross’ Pena — a fellow TUF contestant and undefeated lightweight. For Richie, it’s the kind of fight he always wanted.

“He was the kind of opponent I wanted when I went into the house. I always wanted the hard fights. So now I get to go over and fight in Las Vegas.

“I’m always confident. I want to move forward and make it my time. As soon as the fight starts I’m going to put the pressure on.”