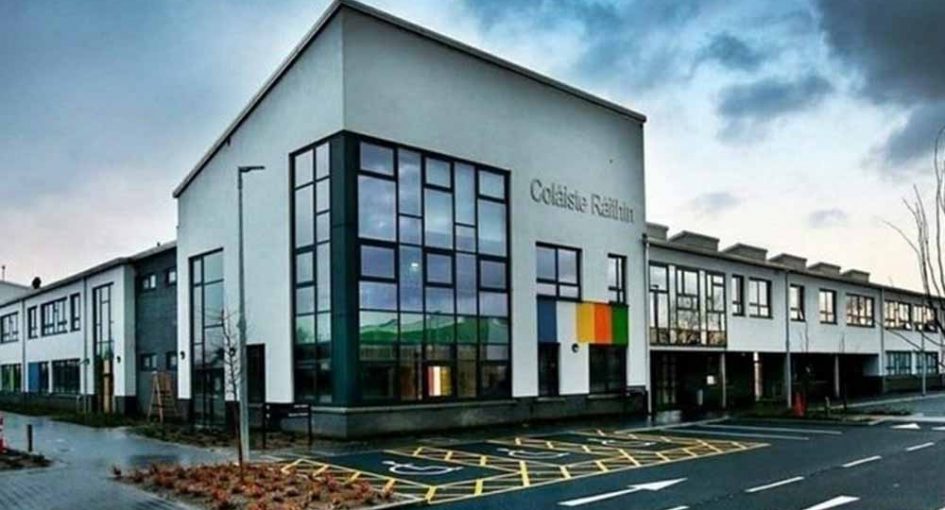 A replacement contractor has been appointed to facilitate the completion of Coláiste Ráithín  and Ravenswell schools in Bray.

The new buildings are part of a national school building project that has been in limbo since January after the collapse of UK construction company Carillion.

The long awaited school buildings are now expected to be completed by the end of August with the new contractor, Woodvale Construction, anticipated to be on the construction site in the coming weeks.

Tensions reached boiling point three weeks ago when Irish building company Sammon Group — who were subcontracted to build the schools by Carillion — went into liquidation further delaying the completion of work.

Principal of Coláiste Ráithín Gearóid Ó Ciarán told Wicklownews.net “parents are so annoyed as everything in the building is completed, all that is left is grounds work that would take no more than two or three days.”

“We’ve received so many different time frames for the completion of the project, the latest being we’d received keys by June — that now won’t happen,” Mr Ó Ciarán added. 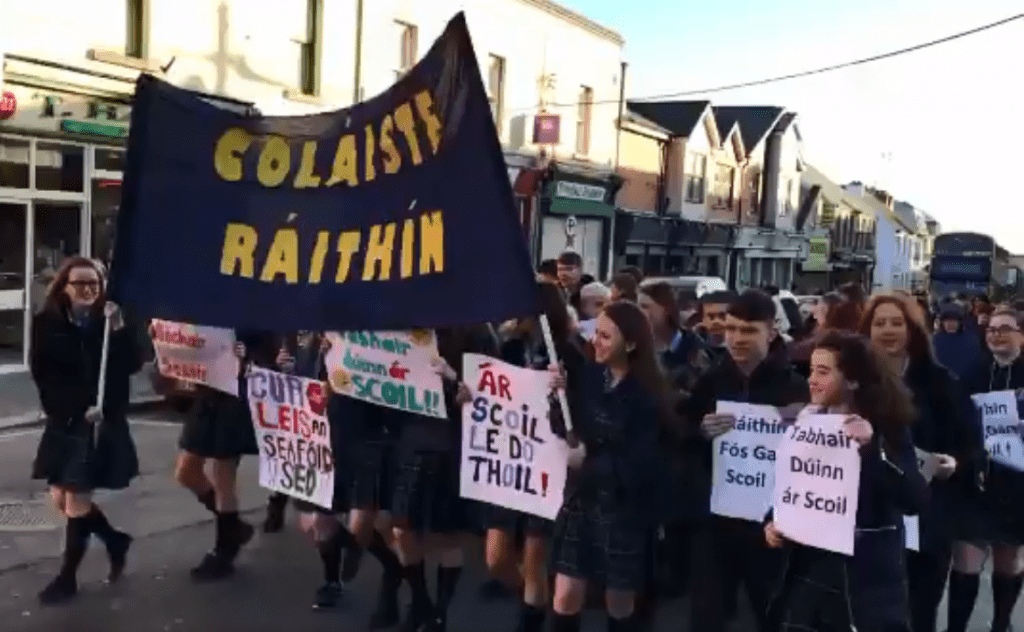 Students of Colaiste Raithín marched in February in protest of the uncertainty of their new school building.

Wicklow Sinn Féin TD John Brady cautiously welcomed the appointment of a new contractor: “With so many completion dates coming and going, the Minister for Education Richard Bruton must now give solid assurances that this time frame will be met and that the State will step in immediately to ensure that this is the case.

“I want to also commend the pupils, teachers and parents for keeping the pressure on to ensure that progress was made in completing the schools, I’ve no doubt that without it, it would have dragged on considerably longer,” TD Brady continued.

TD Brady also called on the Government to protect the smaller sub contractors who have ended up in financial difficulty after the collapse of Carillion, and for a review of the use of Public Private Partnerships for infrastructural projects such as schools.

“Capital projects such as these should be funded directly by Government; it’s a crazy situation when you have the Dutch Infrastructural Fund and the Bank of Tokyo – Mitsubishi controlling if and when our children get into their new schools.

Wicklow TD Minister Simon Harris has also welcomed the news of a new contractor for the projects: “Coláiste Ráithín and Ravenswell NS in Bray along with Loreto Wexford are all regarded to be over 90% completed and for this reason, the new contractor has been obligated to prioritise completing these schools first in order to ensure they are ready to open in August.

“This is a really important caveat in the agreement as it ensures there will be no further delays encounters and underlines the importance of getting these schools into there much needed new buildings.

“I have been working with the teachers, parents and both school communities on this since the collapse of Carillon to get these schools opened and I am really pleased this evening that we can see the finish line at last. I really look forward to seeing these schools open as soon as possible.”