Gardaí have said there’s “no known motive yet” for the shooting at Bray boxing club this morning.

A gunman entered the club at around 7 o’clock this morning, fired a number of shots and fled the scene in a silver van.

It is understood the suspect was wearing black clothing and headgear to hide his identity.

Gardaí have confirmed a 50-year-old man has passed away while two others — including Pete Taylor, father of boxing superstar Katie Taylor — were injured. 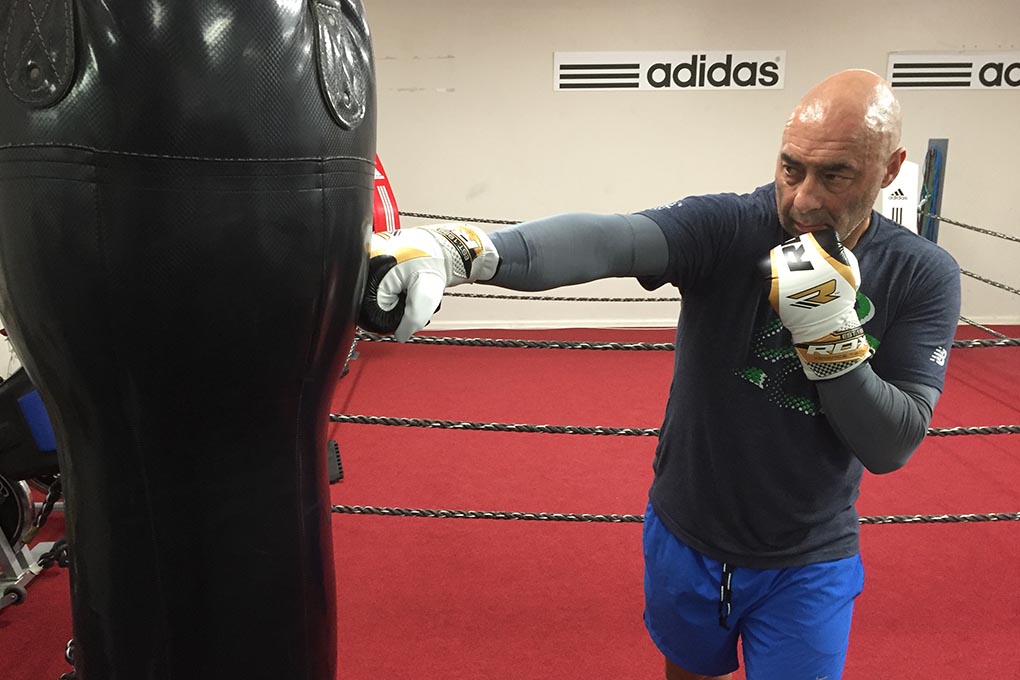 Speaking at a media briefing outside the club this afternoon, Superintendent Pat Ward said:” What we know about this crime so far is that at about 6.50am or 7 o’clock this morning a number of people had gathered to commence a gym session.

“They were just about to start their session when somebody came in, a gunman he was carrying a firearm, we believe it was a hand gun.

“He started opening fire just as they were about to start the session.

“Three people received gun shot wounds. Unfortunately a 50-year-old man died at the scene and two others were injured — they were brought to hospital and are receiving treatment.

“The gunman left the scene. We believe he left in a silver Volkswagen Caddy and he travelled in that Caddy from the scene.

“We don’t know if he was accompanied by a driver or if there was anyone else with him.”

Superintendent Ward continued: “We know that he left the scene and drove towards Bray Town Centre – possibly on the Seapoint road in Bray.

“There’s possible sightings of that van on the main street and on the Dublin Road in Bray — the authenticity of those reports are yet to be checked out.

Gardaí are appealing for people who regularly use Bray Boxing Club or anyone around the area this morning to speak with them if they noticed any suspicious behaviour at the gym in recent days or weeks.

“Anyone with information is asked to contact Bray Garda Station on 01 6665300,” Superindentent Ward added.

“We have no known motive at the moment for the crime, we don’t yet know why the crime was carried out,” he told reporters.