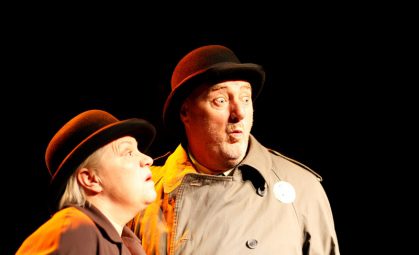 After a sell-out performance in 2017, The Successful TD is back. Follow the trials, tribulations, misadventures and hilarious antics of TULL McADOO as he seeks re-election to the Dail in the “October Elections”.

Written by John B Keane in 1967 he displays his edge for humour and satire that are uncomfortably close to the politics of today … Peppered with Keane’s gallery of madcap characters this show will have you laughing at politics (in a good way) from the start.

Adapted for the stage by Jon Kenny, Mary McEvoy and Michael Scott.