Wicklow edged out by Kildare in Christy Ring thriller 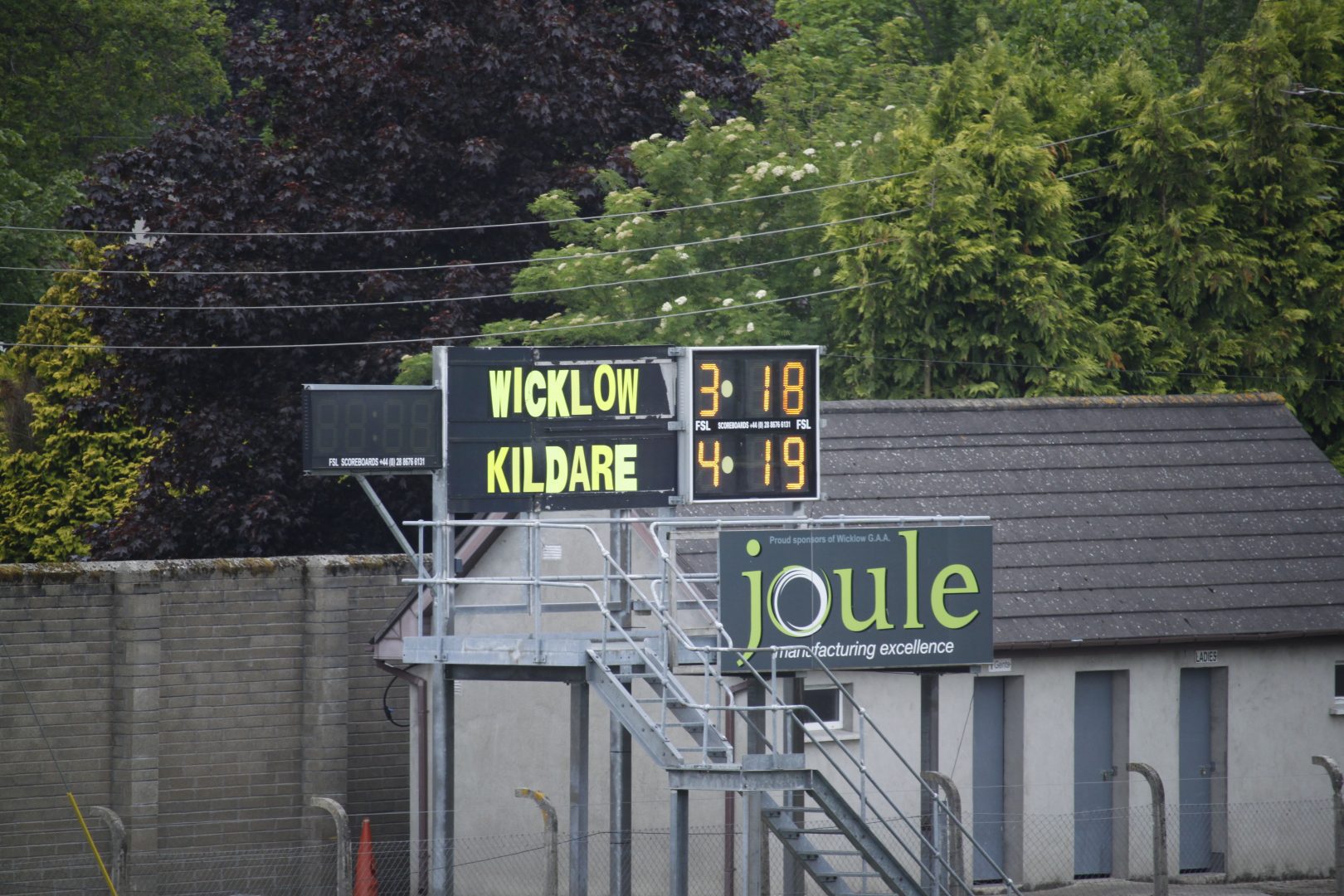 It is difficult to decide whether or not Saturday’s Christy Ring Cup game between Wicklow and Kildare was a great game. Greatness in sport can be subjective at times after all. Entertainment is occasionally misconstrued with quality, something which the game in Aughrim had plenty of.

A combined seven goals and 37 points in a game indicates a juggernaut affair between two teams that brought their very best to a high-quality contest. While it was a game in which entertainment ebbed and flowed through every minute of the game, the quality of it all wasn’t of the highest calibre.

Some of the issues with the game came down to the conditions. Injury-hit Wicklow started with right corner-back Peter Keane playing at right half-forward. Elsewhere, captain Warren Kavanagh was replaced in the starting XV by Billy Cuddihy and Eoin McCormack came into midfield for Padraig Doyle — who would eventually come into the game in the second half as Wicklow sought to claw back a deficit of seven points.

Their situation seemed to buoy Seamus Murphy’s Wicklow players as they raced into an early lead. PJ Nolan, Peter Keane, and Garry Byrne all scored points. Andy O’Brien was then fouled, only for his penalty to be well saved by Paddy McKenna in the Kildare goal.

Make-shift forward Peter Keane split the posts moments later, before Ronan Keddy scored a goal and Garry Byrne put the ball between the posts to put the hosts into a 1-3 to no score lead.

Despite this great start, the Wicklow handling of the ball left much to be desired as Kildare started to gain a foothold. A Martin Fitzgerald goal turned the game in the visitors’ favour. This was followed by points from Brian Byrne, Shane Ryan and Barry McCormack as Kildare drew the game level.

Wicklow continued to surrender control of the game as their distribution and carrying became increasingly negligent. A mistake at the back by Ronan Keddy handed Kildare the chance to go ahead. The chance was duly taken as Kildare took a 1-5 to 1-4 lead.

The impressive Andy O’Brien drew the hosts level, only for Kildare to restore their lead soon after through points from Fitzgerald, Chris Bonus, and a second Fitzgerald goal.

Substitute Jack Sheridan scored Kildare’s third goal late on in the half as Wicklow went in at half-time trailing by 3-9 to 1-8.

If the first half was an example of one team coming charging out of the blocks and peetering off while the other slowly builds momentum and coasts towards success, the second half was utter chaos for the entirety of the 35 minute run-time.

It commenced in an identical fashion to the first period, with Wicklow charging out of the blocks. Ronan Keddy got his and Wicklow’s second goal of the game, while PJ Nolan and Andy O’Brien put the ball over the bar to close the gap to two points.

PJ Nolan almost reduced the deadlock further with Wicklow’s third goal, only for his strike to hit the post.

This scare seemed to wake Kildare up as they registered a blitz of scores in the following minutes. Sheridan scored a spectacular point from a sideline cut before converting Kildare’s fourth goal of the game off a fantastic Martin Fitzgerald centre. He continued his man-of-the-match calibre display in the second half by chipping in with a further point before Wicklow could next register a score through PJ Nolan.

Sheridan continued to seize control of the second half, scoring two further points as Kildare looked to put the game beyond doubt at 4-17 to 2-14.

While Wicklow seemed to retreat into their shells upon Kildare taking control in the first half, the opposite occurred in the second as Seamus Murphy’s men hit the panic button and lay siege on the Kildare defence. Knowing that they needed something special to turn the game around, Wicklow started piling bodies forward. Substitutes Enda Donohoe scored Wicklow’s third goal, while Nolan continued to impress in the second half with another point.

As Wicklow mounted the pressure on the Kildare goal, shot-stopper Paddy McKenna was in inspired form. The Clane man saved spectacularly from PJ Nolan minutes after pulling off similar heroics against Andy O’Brien.

Sheridan struck Kildare’s final point of the game as Kildare managed to hang on to come out victorious by a score of 4-19 to 3-18 in a game that was low on consistent quality but high on entertainment.

As a result of the defeat, Wicklow will play against London in the semi-finals of the Christy Ring Cup, while Kildare are rewarded for their win with a semi-final clash against Derry. Both games are due to take place next weekend.