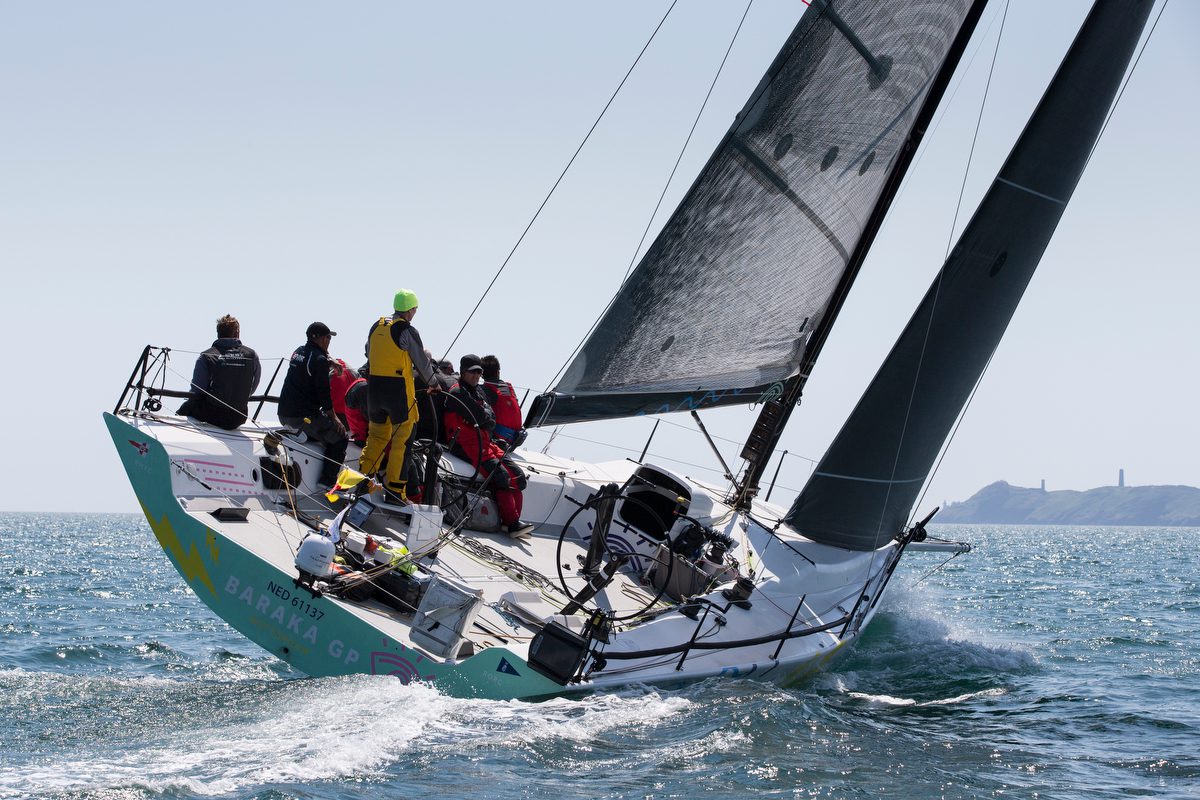 After winning line honours with 15 hours to spare over the next placed boat, Niall Dowling’s Baraka Gp is now unbeatable for the overall prize in the Volvo Round Ireland Race.

Although more than half the fleet remain at sea on Thursday evening, light winds have hampered progress so none can reach the Wicklow finish in time to better the Dun Laoghaire sailor’s result. The overall result has yet to be formally declared by Wicklow Sailing Club.

“We deliberately didn’t look back at how the handicap game was going and Ian (Moore) kept us focussed on sailing fast. We were just thrilled to have won line honours,” Dowling said. “You grow up watching the race as a kid and dream of competing in the Round Ireland so this means a huge amount to me personally.”

Dowling paid tribute to his crew that comprised childhood friends and pro sailors in a project that Boat Captain James Carroll from Dun Laoghaire began 18 months ago with chartered boats. Dowling’s regular family boat is a Contessa 32.

“Regardless of the result, this was very special, seeing Ireland from the sea and especially the north coast was spectacularly beautiful,” Dowling said. “In 2006 we saw the Skelligs and then sailed 100 miles into the Atlantic and saw nothing of the coast.” 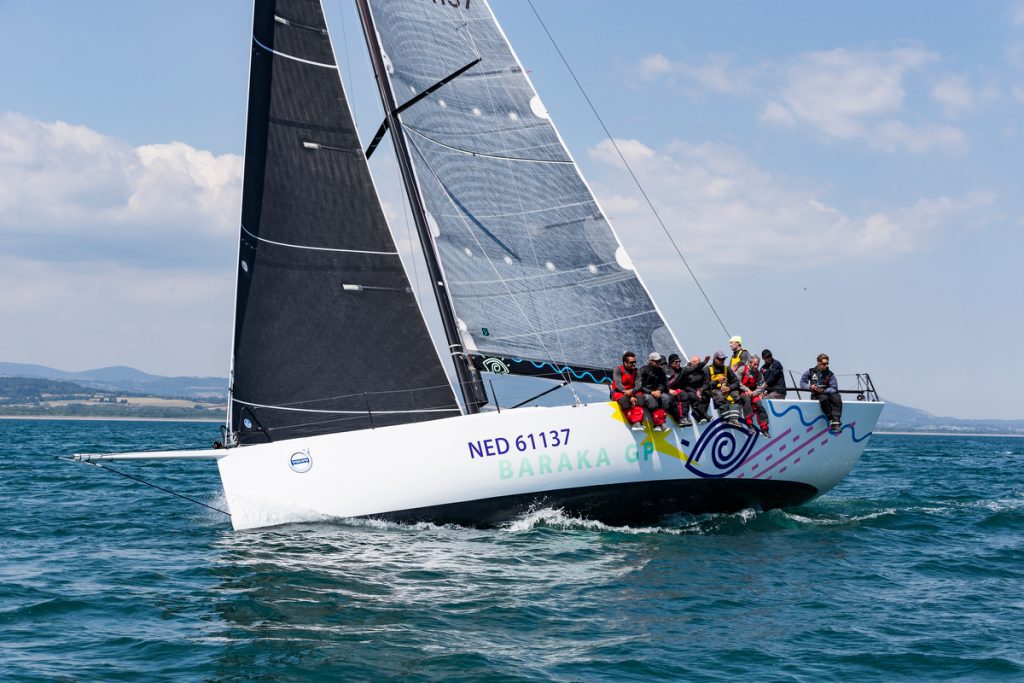 Moore likened the Volvo Round Ireland Race to an ascent of Mount Kilimanjaro as a very tough, challenging mountain to climb.

The stream of finishers arriving into Wicklow has steadily picked up during the day with Chris Power-Smith’s Aurelia from the Royal St. George Yacht Club in Dun Laoghaire provisionally ranked as second overall from the 56-boat fleet and leading three race divisions.

“I’m over the moon and really thrilled to win class two,” said an emotional Power-Smith. “It’s been a long, arduous race and a (possible) podium overall result would be the icing on the cake – we’d be gobsmacked if we took second overall as were essentially a corinthian crew.

But the waiting game continues at Wicklow Sailing Club for the remaining finishers to see if their handicap corrected times can be improved by any of the boats currently racing southwards on the Irish Sea.

The prize-giving ceremony for the Volvo Round Ireland Race 2018 will take place at 9pm in Wicklow Sailing Club on Friday 6th July. It is likely that several boats will still be at sea and expected to finish over the weekend and into next week.