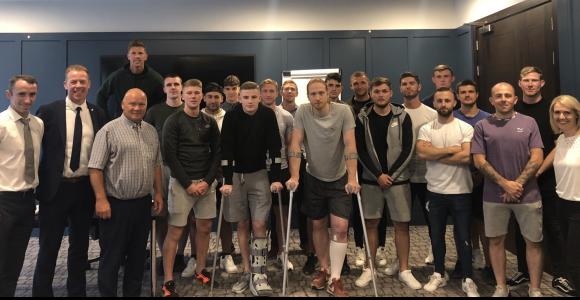 The Football Association of Ireland has confirmed that it will be imposing sanctions on Bray Wanderers due to the club’s failure to settle monies owed to players.

The Seagulls’ players have not been paid since the 25th of May, with a few players – including central defender Hugh Douglas – having to pay for their own medical treatment for injuries.

Last week, the players voted in favour of strike action over unpaid wages and player welfare, with a statement issued through the PFAI saying that they had lost trust in the club.

“We had sincerely hoped that we could resolve the unsatisfactory payment situation at the club, but despite weeks of negotiations by the PFA Ireland on our behalf, these efforts have proven fruitless.

“We had hoped, in vain, that the FAI would attempt to resolve the problems but in spite of the obvious signposts erected during last season’s uncertainty, the FAI and their licensing department have failed to address a very obvious red flag and do not appear to have any plan to resolve this crisis,” the statement read.

In response to the ongoing situation at the club, the FAI Director of Competitions Fran Gavin warned Bray that, if they failed to settle outstanding wages by 5pm this afternoon, the FAI would consider sanctions.

However, despite the FAI’s ultimatum, the PFAI revealed shortly after the deadline that outstanding wages had not been paid.

As a result, the FAI have issued a statement confirming sanctions against Bray Wanderers.

“FAI officials were engaged with the club over the weekend in an effort to resolve the issue of outstanding monies owed to players and another meeting took place today (Monday, July 16) ahead of the agreed deadline of 17:00.

“While the club insist that they are moving closer to a resolution, the FAI have imposed sanctions on the club following their failure to transfer monies owed to players by the set deadline.

“The FAI will meet again with the club on Tuesday morning in the hope that a resolution can be found to ensure that all monies owed to players are paid in full.”

The FAI also confirmed that Bray Wanderers will be unable to register any new players for the remainder of the 2018 season.