176
SHARES
ShareTweetSubscribe to our Newsletter

Gardai are appealing to pet owners not to leave their pets in vehicles during the current heatwave.

Today a young Labrador was released from a van by Gardai at the Groove festival in Bray, while temperatures reached 26 degrees.

The DSPCA also had to remove two dogs that were locked in cars in the Dublin area.

A Garda spokesperson said “Dogs should never be left in a car on a hot day, heatwave or not, we were Luke this was brought to our attention if it was 26 degrees outside there is no telling what it could reach inside a van under the baking sun.” 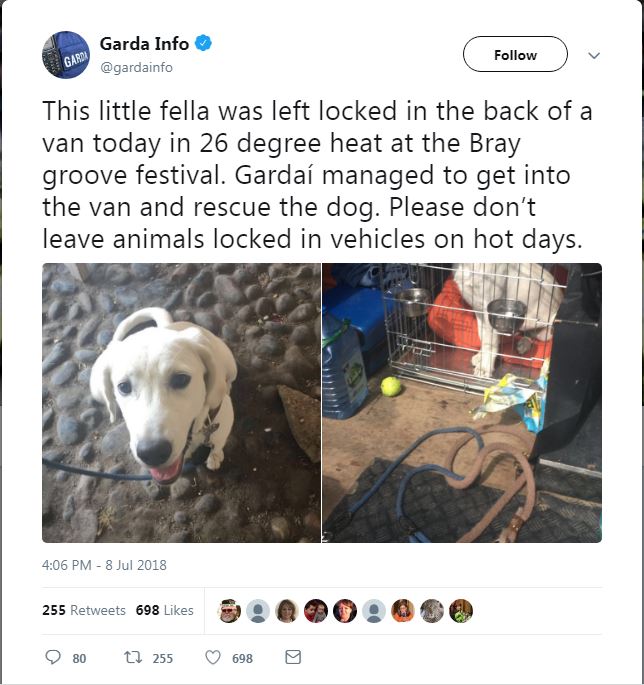