204
SHARES
ShareTweetSubscribe to our Newsletter

Arklow Seabreeze Festival kicked off in great style on Sunday night last as Roisin Long representing “The Gallery” won the coveted title of “Bridgewater Seabreeze Princess” for 2018 in the Midway Bar, Lounge and Restaurant. As well as winning the title Rosin walked away with an array of prizes, kindly sponsored by the Bridgewater Shopping Centre once again this year, including €500 in Bridgewater Vouchers, €50 Eddie Rocket’s Voucher, €50 Argos Voucher, Passes to Omniplex Cinema, Nail Treatment from Super Drug, Jewellery from Carrig Donn and a Peter Mark Hamper. A specially commissioned Tiara made by John Swan Jewellers awaited the winner, where last year’s winner Ellen Doyle, representing The Midway crowned this year’s winner.

Roisin is currently studying Psychology and Irish in College and would like to have a career in Counselling or Teaching once she finishes her degree and was the unanimous decision by all three adjudicators this year. This year’s panel of adjudicators was made up of:  Elaine Cullen, Suzanne Walsh and Liam Redmond, who had a very difficult task as the standard was so high.

Runner – up Lauren Ciara Christie, representing D’Arcy McGee’s and originally from Dublin, has lived in Coolgreaney and Gorey before settling in Arklow. Lauren loves cars and has done some Modelling, Dancing and Singing and some of her more recent events include taking part in the X Factor last year and runner up in a Modelling competition in recent times.  The runner up walked away with a Boot Hamper, Perfumes and Star Bucks Hamper.

Many thanks to  Noeleen Davenport and the  team from Midway Bar, Lounge and Restaurant for hosting, Stephanie Staines, Bridgewater Shopping Centre Manger and all at the Bridgewater for supporting this year’s competition once again with a wonderful array of prizes, Sally Cullen for doing all the Sashes for the ladies, Mary Burke and Tina O’ Sullivan, Seabreeze Festival Chairperson for organizing the event. Also thanks to everyone who came out to support the night.

The eventual winner was Thomas Moylan who works as a receptionist with Birchdale House, B&B, Greenane, Rathdrum, who was a popular winner.

Again, thanks to all the guys for taking part.

This week and next week sees the run up to the festival as the Swinging Pubs Competition takes centre stage and provide top class entertainment each night with the main part of the Festival which running from Friday 20th July – Sunday 22nd July. The line-up for this year’s Swinging Pubs competition is: 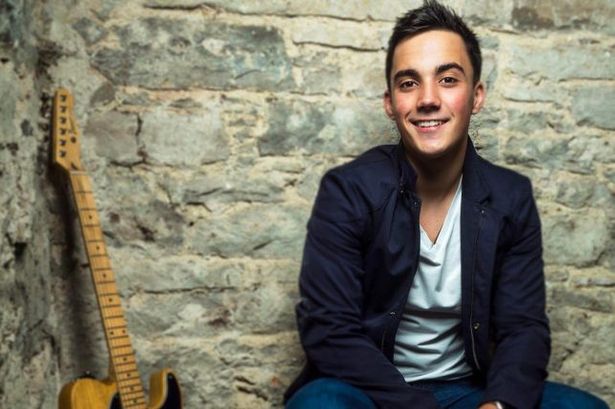 A packed line up of events is planned for this year’s Festival, looking forward to seeing you all during the Festival.  Headline act this year is the multi-talented singing and dancing Jake Carter and his band and bound to rock Arklow on Saturday night 21st July on the Top Stage. Music on Saturday night will also feature, newly formed “The Breakfast Club” on the Middle Stage and  LH 28, who are a Dublin based 4 piece band performing all the greatest anthems from the 80’s today. The band is newly fronted by Arklow’s own Amy Penston, who will appear on the Bottom Stage. All three stages start at 9pm and streets are closed from 6pm to midnight.

Sunday night has another wonderful line up featuring  “The Navvies” with their new 6 pce band – Barry Moules (the Cap),  Des (The Wexford Man), Daniel (Dansky the Mean Fiddler), Paul (the Piping Bear), Michael (fair play to himself Redmond), Patrick (Paddy the Geek) will take to the Top Stage, whilst “Feel the Pinch” will take to the Middle Stage and the Bottom Stage will feature Drogheda bases “E’motion”  with lead singer Donna Donnelly and her band, bound to make an impact on Arklow audiences. Streets closed from 1pm – 11pm finishing with a fantastic Fireworks Display.

Don’t forget to book your stall for our Artisan Food and Craft fair which will be on the street during the festival – places still available.

See our Facebook page for more information and updates…..