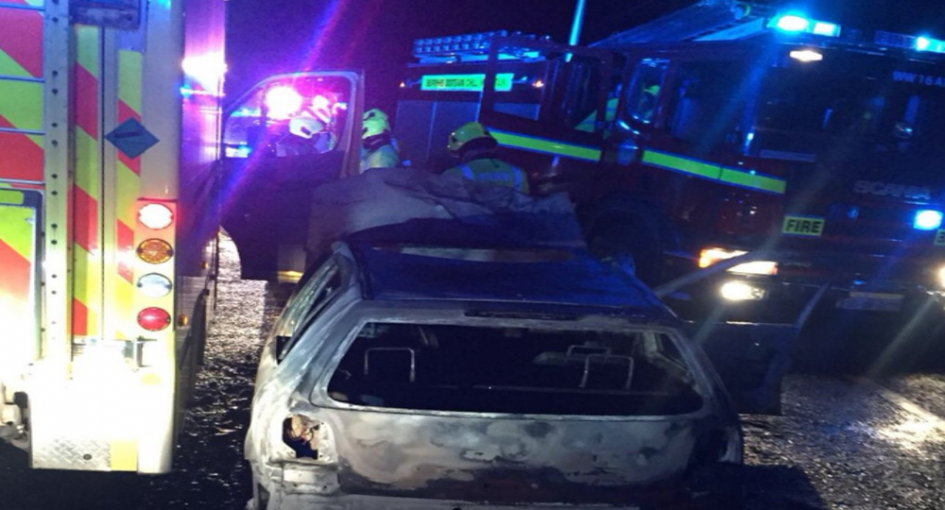 114
SHARES
ShareTweetSubscribe to our Newsletter

Five people were taken to hospital after a two-car collision on the N81 near Hollywood on Saturday night.

Passing motorists have been praised for their bravery when they pulled an unconscious man from his vehicle before it caught fire.

Tallaght Ambulance has said that “the driver of this car owes his life to the passing motorists that pulled him unconscious from the wreckage as it burst into flames on the N81.”

A man in his 40s was taken to Tallaght Hospital to be treated for serious injuries.

A teenager and three people in their 20s were taken to Naas Hospital with minor injuries, while a sixth person was unharmed.