Jim’s Way – A Tribute to the late Jim O’Brien 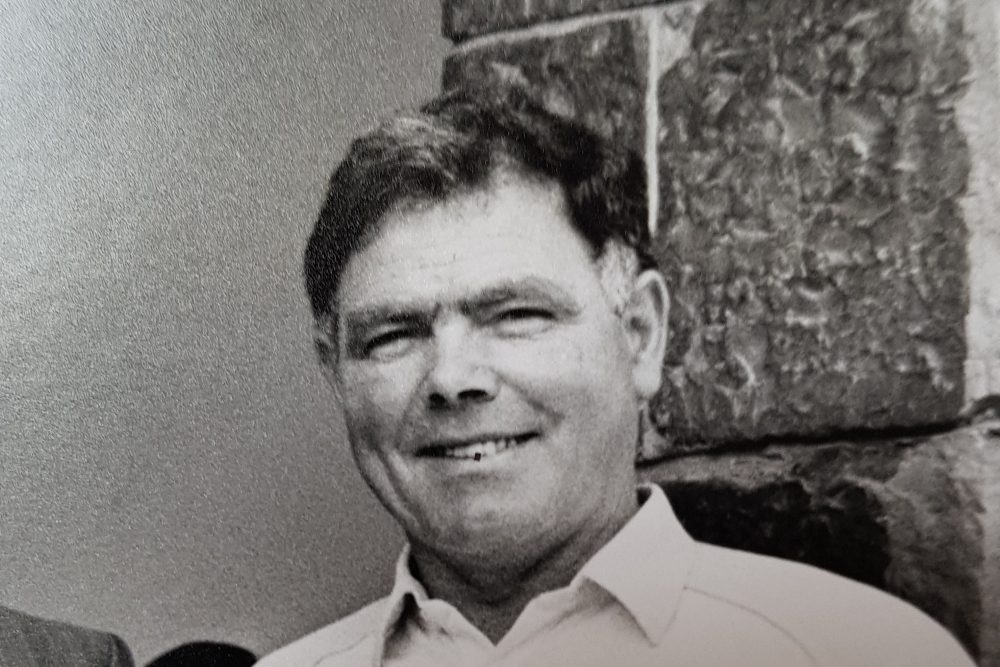 Members of the community from near and far are invited to join family and friends of the late Jim O Brien (of O Brien Builders), Aughrim, as they celebrate the renaming of the “Upper Aughrim Scenic Walk” otherwise known as the Pure Mile to “Jim’s Way”, in honour of his outstanding contribution to the community of Aughrim.

This event takes place on Sunday 19th August at 2pm, where everyone is invited to meet at the start of Nursery Way, to walk the scenic route in Jim’s memory, finishing at the Pavilion in Aughrim with light refreshments.

The Pure Mile was originally developed in 2014, and was the final project Jim undertook with the support of his wife Mary, before his passing in November of the same year. The Walk, which will be officially renamed Jim’s Way, takes in breath-taking panoramic views of Aughrim and the surrounding countryside.

Jim was a co-founding member of the Aughrim Tidy Towns Committee over 30 years ago and his contribution to the development of the villagehas had a significant impact on the existing streetscape and surrounding areas. With traditional stone walls and buildings, the town is undeniably beautiful.

Jim was a shining light for the community and had a vision for the town which he strived to develop, whilst maintaining its original character. He made a large contribution to many building projects in the village, including the National Disabled Angling Facility, The Bowling Green and Pavilion as well as the Town Centre development which incorporates the 1798 monument. His guiding influence helped to deliver amenities that will benefit the town for years to come, including the picnic area at Tinakilly Bridge.

His unwavering support for promoting the village at a national and international level was second to none. Under his guidance, and with the investment of many hours of physical graft from him and the team behind the Tidy Townsincluding FAS workers, Aughrim claimed the elusive national title of Ireland’s Tidiest Town in 2007. In 2009, Aughrim also won Ireland’s Tidiest Small Town for a second time. But Jim’s endeavours did not end with national recognition of his, and the Aughrim Tidy Towns collective efforts.

Aughrim also represented Ireland in the European Entente Florale competition in Germany in 2006, winning a gold medal.  In the same year Aughrim also won the prestigious title of ‘Best Kept Small Town’. In 2008, Aughrim also scooped a top award in The Communities in Bloom Competition in Canada.

This renaming of the walk is being organised in co-operation with Aughrim Tidy Towns to honour the outstanding commitment of this gentleman and what he helped to achieve in Aughrim. All are most welcome to attend.