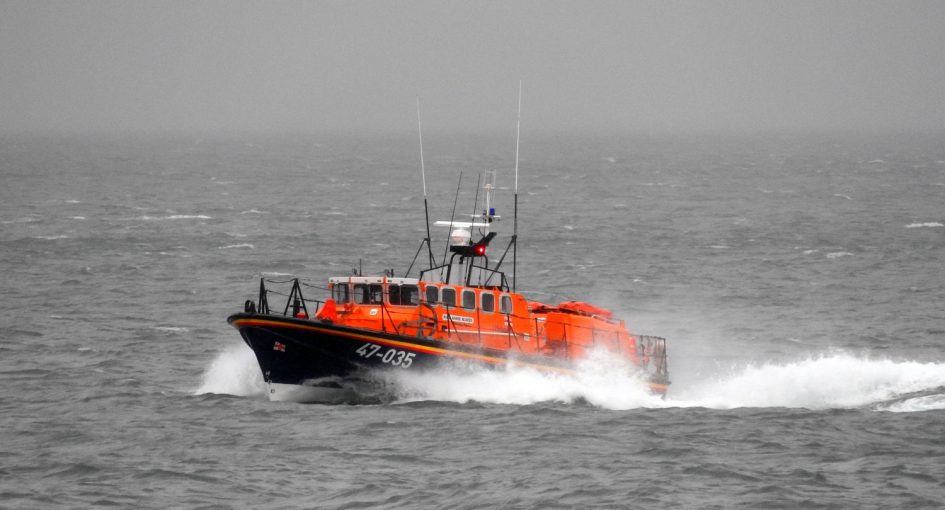 Both Wicklow lifeboats were launched last Thursday to investigate a reported large pink inflatable toy being blown out to sea off Brittas bay beach.

The all-weather lifeboat crew recovered the inflatable toy drifting off the south end of Brittas Bay Beach near Mizzen head and confirmed it was unoccupied. Both lifeboats then began a sweep of the area in case anyone was in the water. Contact was also made with life guards on duty at Brittas bay beach, they confirmed there was no reports of anyone missing in the area.

When the search was completed, and the Coxswain was satisfied no one was in the water, both lifeboats were stood down by the Coast Guard and returned to station.

Speaking after the callout Lifeboat Operations Manager Des Davitt said: ’We would always encourage the public to report any incident where they feel there is a threat to safety at sea. Our trained and highly motivated crew would much prefer to go to sea and find nothing than to learn of a tragedy because we didn’t launch. Equally if someone loses an unmanned inflatable, such as a pink flamingo in this case, which is blown or washed out to sea we would appreciate if they could alert the Coast Guard as this could prevent the unnecessary launch of a lifeboat. In case of any doubt always ring 999 or 112 and ask for the Coast Guard.’