Wicklow trio to race across Europe in a ‘banger’ 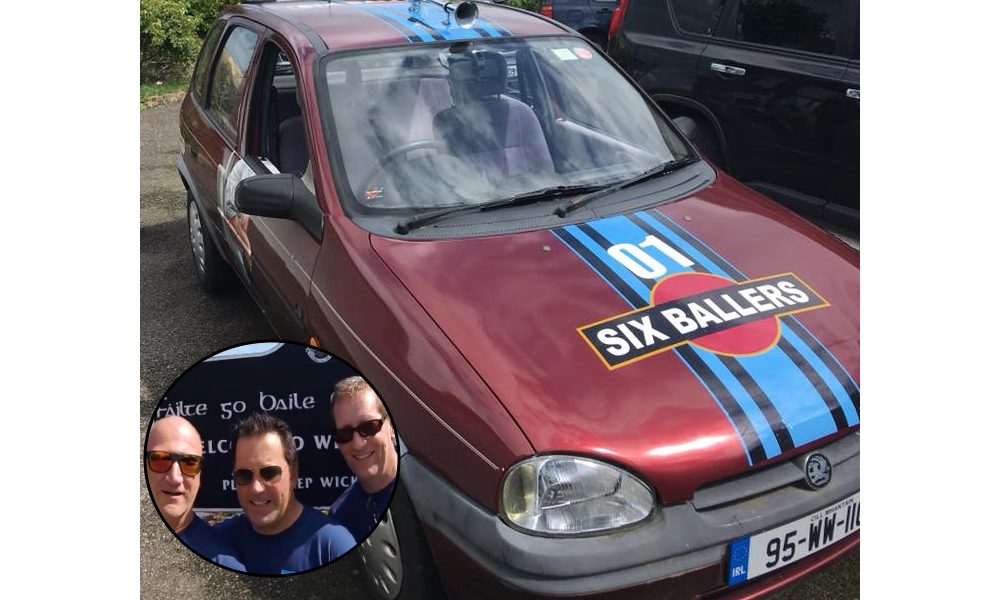 Meet the Wicklow trio that are set to take on the ‘Two Ball Banger Rally’ — a 1200 mile, nine-country race across Europe in just four days — in aid of Men’s Cancer Alliance.

Best pals Iain, Jonathon and Rob, better known as the ‘6Ballers’, will travel tomorrow to Saint-Omer in France for the first stop in the rally.

The Two Ball Banger Rally requires teams to race across Europe in a car worth no more than €635 — the 6Ballers’ chariot of choice is a Vauxhall Corsa. 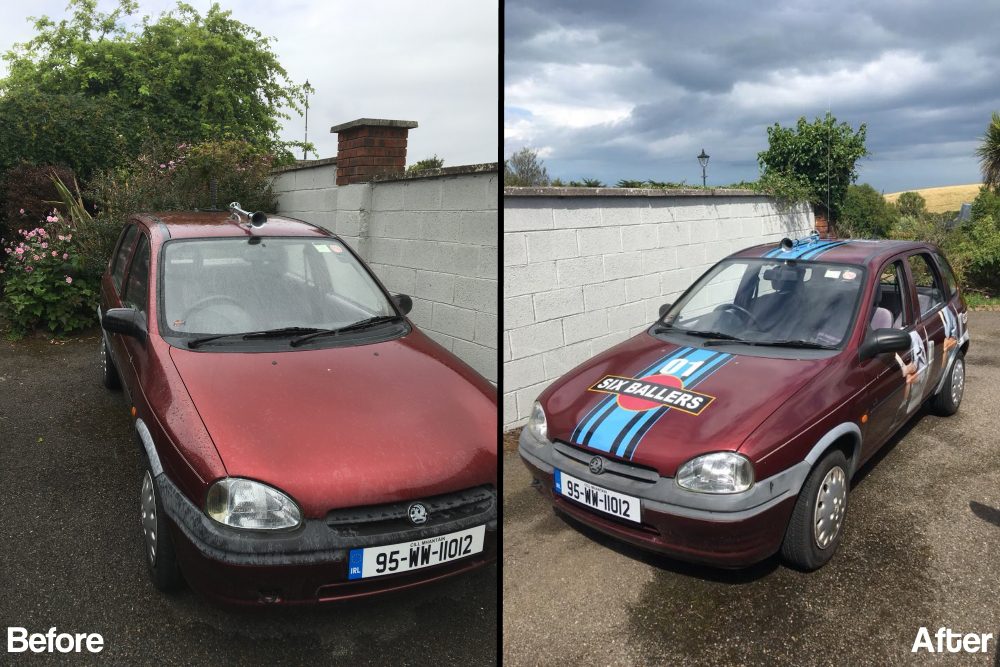 Their journey begins with a 295-mile trek through France, Belgium, Luxemburg and Germany.

Days two and three will see the 6Ballers attempt to haul their ‘souped-up’ banger across Germany, Austria, Switzerland and Italy — during this section they will traverse Stelvio Pass, a mountain route that is said to test driving skills and vehicles to the limit.

Finally, racers will pass through Italy and picturesque Monaco (where they will follow parts of the Formula 1 route) before returning to France.

You can donate to the 6Baller’s campaign here.

100% of donations will go towards Men’s Cancer Alliance, with all of their trip expenses (ferry, fuel, food and accommodation) being paid themselves.

You can also follow the Iain, Rob and Jonathons’ journey across Europe over on their Facebook page.

For more information on the Two Ball Banger Rally: https://www.twoballbangerrally.co.uk/