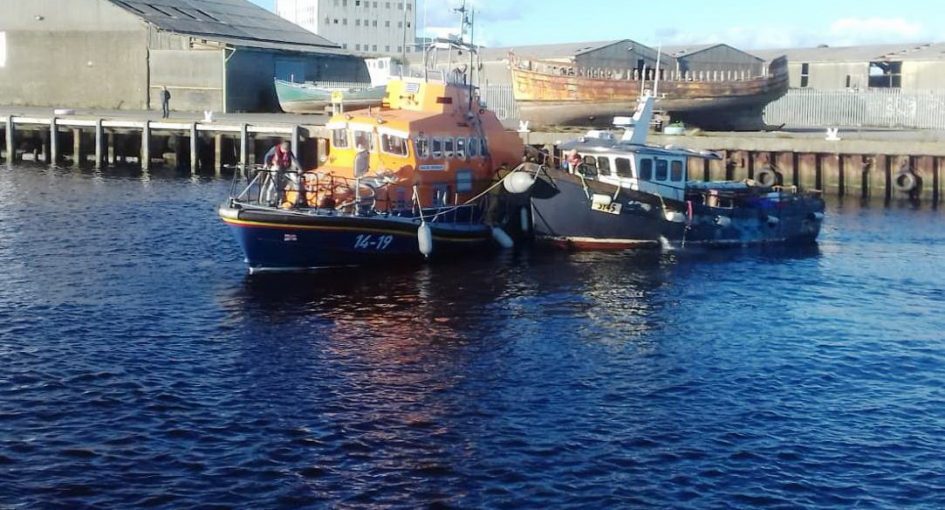 Arklow RNLI launched earlier on Sunday afternoon after a pager Alert at 12.55pm following a Launch request from the Irish Coastguard.

The volunteer crew left their families and Sunday lunch behind and within minutes of the alert were aboard RNLB Ger Tigchlearr and underway..

The lifeboat made its way to the reported position east of Cahore point in County Wexford.

Once the casualty vessel and its crew of three were was located, it was established that the vessel was adrift and although had power it could not make any headway due to its propeller being fouled with fishing gear.

Arklow RNLI’s volunteers then rigged a tow line and set up for a long slow tow home to Arklow.

“We would like to once again remind people to Respect the Water and always wear a lifejacket and carry a means of calling for help when going out on the water” Further Water Safety Information can be found at www.respecthewater.com