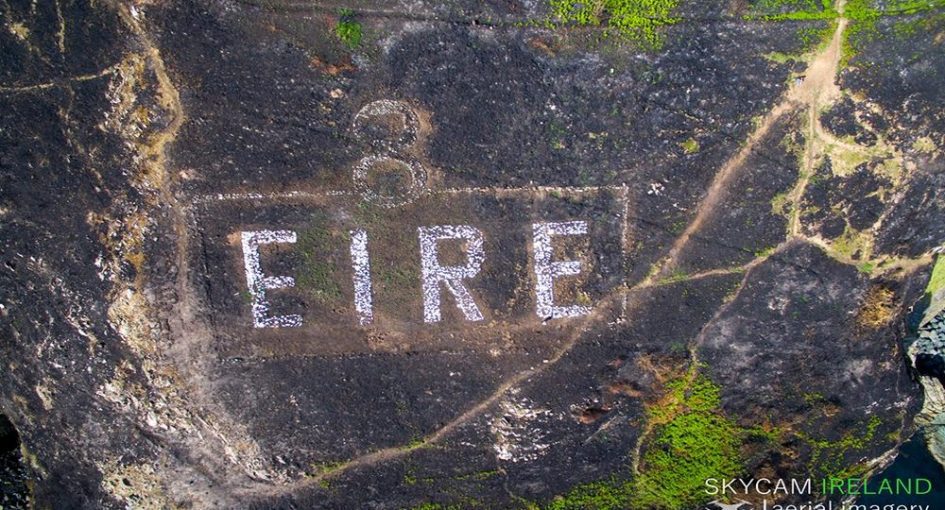 339
SHARES
ShareTweetSubscribe to our Newsletter

A World War II ‘EIRE’ sign found on Bray Head following summer gorse fires has been partially restored to the condition it was in 70 years ago.

The large sign, which was once again made visible after the gorse fires which riddled the area over the summer, was used during World War II to inform German pilots that they were flying over neutral territory.

However, each sign that was strategically placed along Ireland’s coast was also numbered in order to assist allied forces as they navigated their way across the country.

There were calls for the sign to be restored almost as soon as it was re-discovered.

Great to kick off the restoration of the EIRE sign this morning. With a very special thanks to SIKA Ireland & Pizza Shack in Kilcoole. Music provided kindly by Robbie Doyle