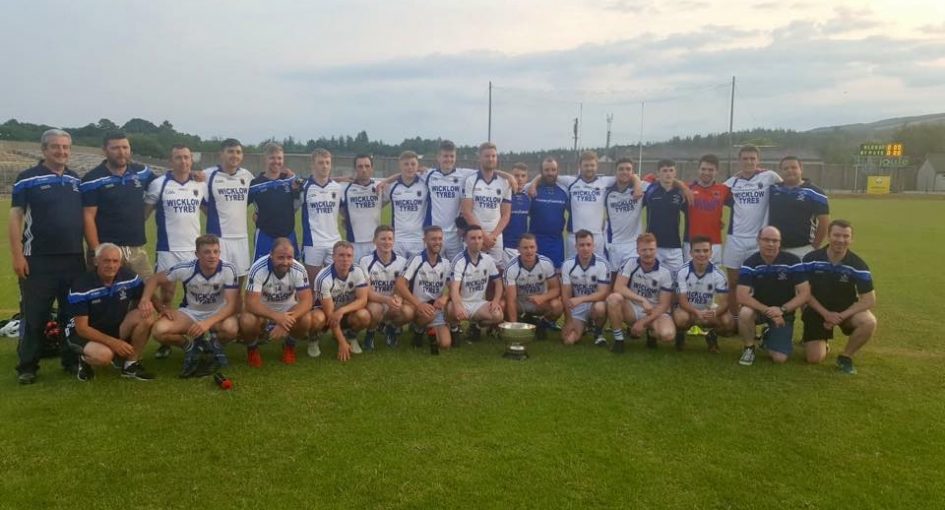 The semi-final encounter between the two sides on Sunday after was the second time that St. Pat’s and Hollywood have come up against one another this season, with their prior encounter being an 11 point apiece draw in division one of the league.

While their league encounter was a closely fought affair, their rematch in the championship semi-final was anything but as a clinical and ruthless St. Pat’s side put Hollywood to the sword.

Hollywood, who have impressed everybody who has seen them play this season, just did not have an answer for the class of Casey O’Brien’s men.

St. Pat’s started the game the brighter, with Stephen Duffy splitting the posts with four points to Hollywood’s two. Ciarán McGettigan extended that lead to three points after Hollywood centre-back Harry Wilson denied Pat’s their first goal. That was then extended to six through Tommy Kelly and Dean Healy.

With Hollywood licking their wounds at 0-08 to 0-02, Pat’s sensed the blood in the water, took advantage and scored their first goal when Dean Healy smashed the ball past Ian Burke in the Hollywood goal.

If there was any concern that the half-time whistle would disrupt the momentum that Pat’s had built from that first-half, Dean Healy quashed those concerns with his second goal of the afternoon, extending the Wicklow Town side’s lead to a likely insurmountable 11 point lead at 2-08 to 0-03.

The 2017 Intermediate Football champions did manage to claw one goal through veteran Tony Hannon’s backheel through the legs of the Pat’s goalkeeper. However, the Wicklow men had the final say on the matter, as further points from Johnny Delahunt, Tommy Kelly, and Stephen Duffy sealed a ruthless five-goal deficit victory.