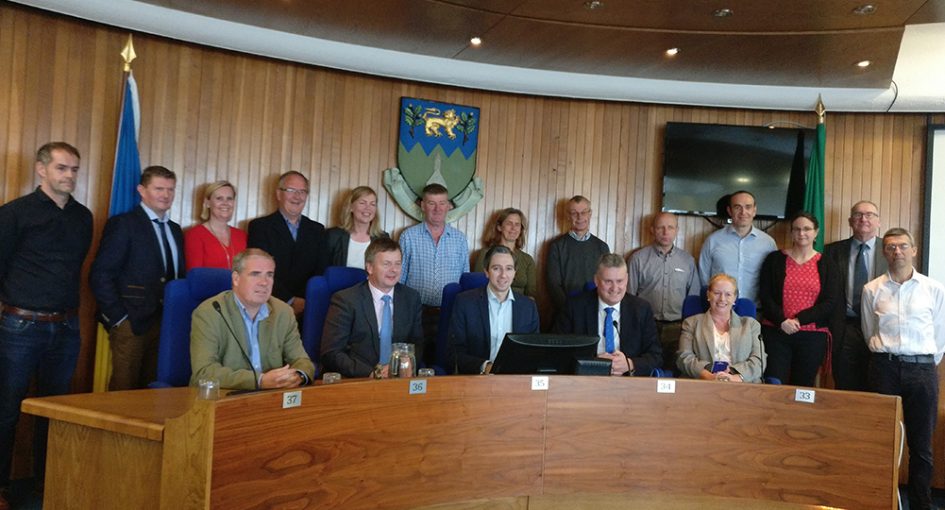 The first meeting of the East Coast Greenway Task Force took place today and was well-attended by relevant bodies and was chaired by Mr. Frank Curran, the CEO of Wicklow County Council.

It has been long stated that the greenway project could only move along if all stakeholders attended a meeting together to discuss it.

Minister Simon Harris, who opened up the proceedings, was responsible for inviting senior executives and all relevant bodies to the meeting.

The Wicklow TD outlined his support for the project and commitment to seeing it through to a successful outcome.

The meeting was attended by The Wicklow County Council, Irish Rail, National Parks and Wildlife, OPW, Fáilte Ireland, Wicklow Tourism, Sports Council, and the Chief Engineer from the consultancy firm WS Atkins – who have begun work on the feasibility study required to begin the project.

WS Atkins outlined the scope of work involved and expect to have their report by end of December for our next meeting in early January.

The ARUP consultancy firm, who were hired by Irish Rail, have begun work on the coastal defense plan that will provide the basis for the project.

The ARUP report is expected to be completed by August 2019.

The East Coast Greenway Group have expressed their gratitude to all who attended the meeting and look forward to working with them in the months ahead.