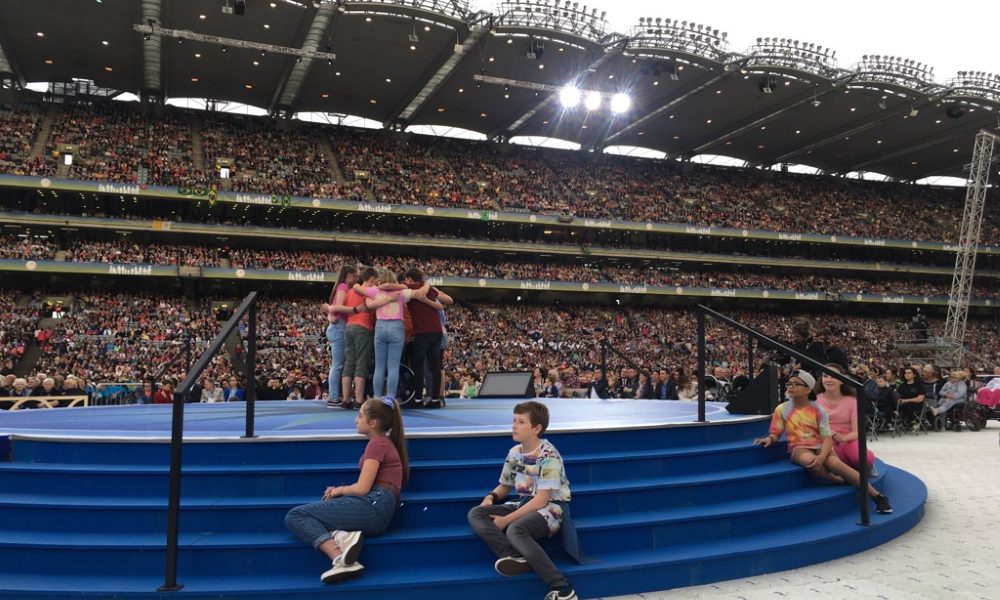 The World Festival of Families took place on the 25th of August at Croke Park in Dublin before a packed stadium and 80 million onlookers from around the world. To be selected to perform for the Pope and other world leaders, as well as in sharing the same stage with the likes of Andrea Bocelli, Daniel O’Donnell, Riverdance and many more, is an experience that many couldn’t even begin to put into words.

Wicklow Youth Musical Theatre Group, M.Y.Th Academy was one of the acts chosen to step up and perform at this momentous occasion. Wicklownews.net spoke with some of the talented performers and academy founder, Aisling Doyle to learn more about this unforgettable experience. 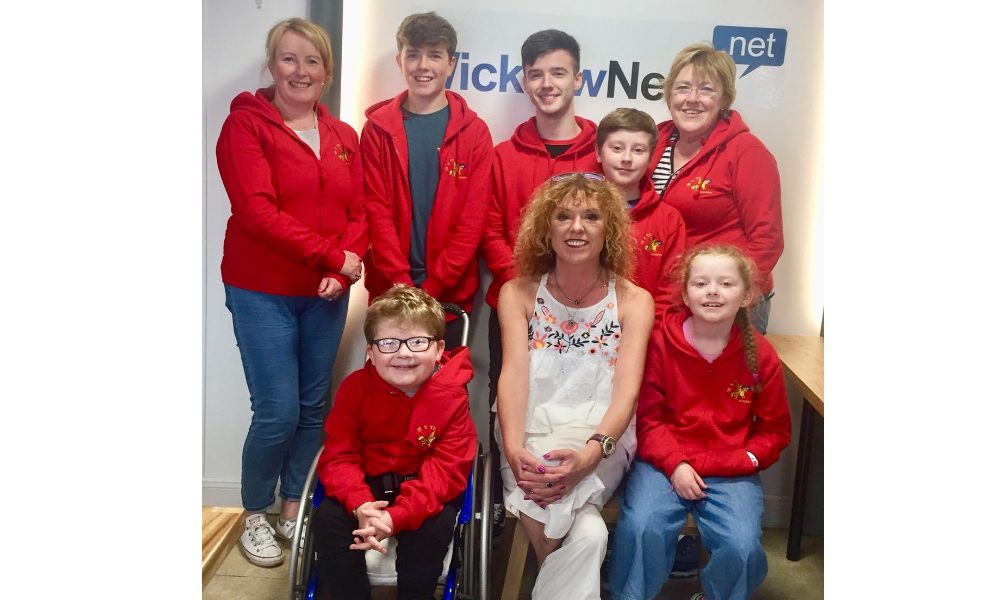 The brainchild of Aisling Doyle, M.Y.Th Academy of Performing Arts & Music aims to promote an interest, love, and appreciation for singing, dancing, acting, and music in Wicklow.

Aisling says she created the group to help kids to develop creative skills in a fun environment while learning valuable life skills along the way: “It’s about loving yourself while taking care of each other. M.Y.Th allows children to grow in confidence and be the person that they want to be.”

M.Y.Th offers classes in Musical Theatre, Speech, Drama, and Instruments, with shows and performances put on by students throughout the year. Each show is professionally produced and rehearsed by Aisling and the kids; their latest full-scale production of Joseph and the Amazing Technicolour Dreamcoat was a smash hit success.

Aside from being director and choreographer of MYTh, Aisling is an acclaimed choreographer who has worked with national and international-scale productions all over Ireland, including the 2006 Ryder Cup at The K Club and the 2003 Special Olympics.

M.Y.Th were just off the back of their production of Joseph and the Amazing Technicolour Dreamcoat when they found out they had been chosen to perform at the World Festival of Families.

“Back in May when we found out, it never really sunk in for me just how big this was going to be. Only now after performing has it really hit me,” says 18-year old singer Matthew.

A mountain of time and work was put in over the summer by the kids and parents of M.Y.Th. Rehearsals took place in The Holy Rosary Primary School in Wicklow Town, kindly facilitated by school Principal Mary O’Riordan. 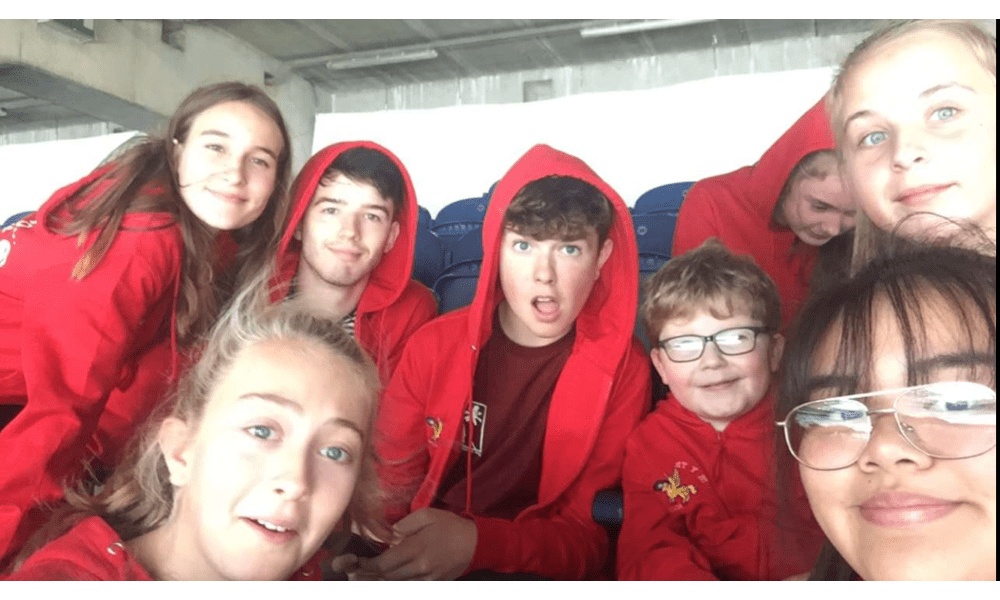 Extra practice took place in Dublin, which included recording studio days to record vocals which would be overlayed during their performance. Some of the older kids had also been travelling to Dublin on weekends as they were taking part in a second group song in the show.

Aisling, who put in countless hours with all her performers from M.Y.Th, somehow balanced that while being a senior part of the team managing the entire World Festival of Families production!

A full pre-show rehearsal took place a week before at Alexander College in Dublin where the 30 kids from M.Y.Th set to perform met other groups that would take to the stage with them, including the Ballymun Choir and Palestinian Choir.

Their final practice was a rehearsal in Croke Park on Friday, the day before the World Festival of Families. Heavy nearly put a dampener on their practice, but an encounter with Daniel O’Donnell would liven up everyone’s spirits.

The group bumped into Daniel in the stadium, and young performer Kyle told Daniel how his granny was his biggest fan: “She’s your biggest fan! She’s just back from your latest gig in Killarney — she goes to all of them.” Daniel decided to ring Kyle’s granny for a chat over the phone then and there, much to Kyle’s (and his granny’s) delight; “My nanny was blown away” he said. 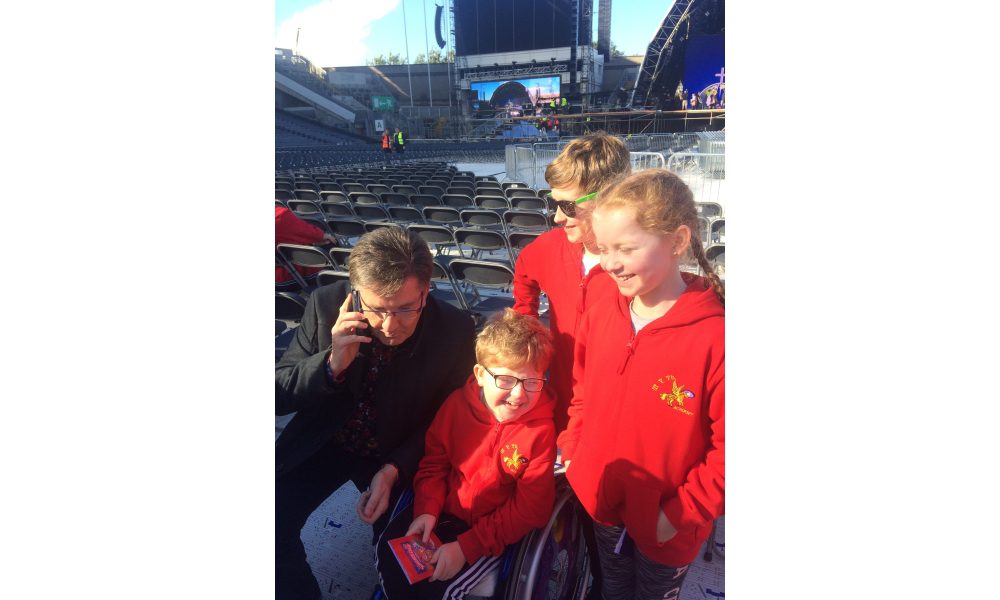 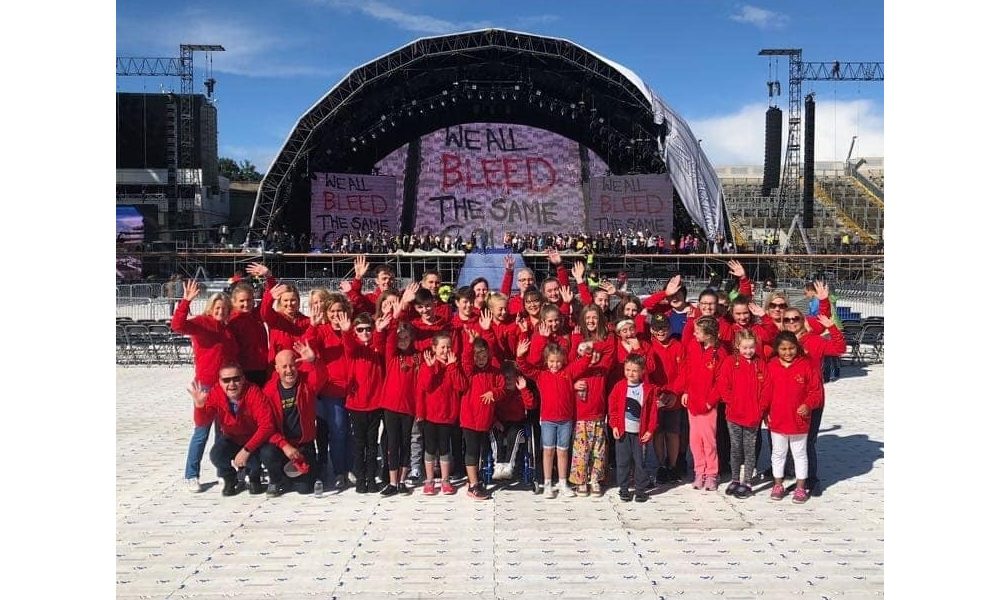 Before their act, the group started to feel the pressure of just how many people would be watching them. Academy member Padraig spoke of how the nerves set in for him: “When I first walked into Croke Park, the seats were empty. But when we were called onto the stage, I saw each and every chair filled, and that’s when the excitement and nerves kicked in.”

“I thought the first time I’d be in Croke Park would be for a hurling match,” added Evan, another member of M.Y.Th.

With some encouragement from Nathan Carter before taking the stage, the group handled their nerves and put on an outstanding performance, blowing away all expectations.

“Despite being so excited and nervous, they took to the stage and put on an unbelievable performance, even when the stakes were so high,” said Aisling.

Performed in a flash mob style, their song was a standout moment in the show. It was met with outstanding praise from all those present, with the entire stadium erupting into cheers — The production team and RTÉ continually praised how well behaved and professional the M.Y.Th kids were throughout the course of the day.

M.Y.Th member Sophie said she felt “relieved yet buzzed” after their performance: “I was not tired at all, we could have gone again a second time!” 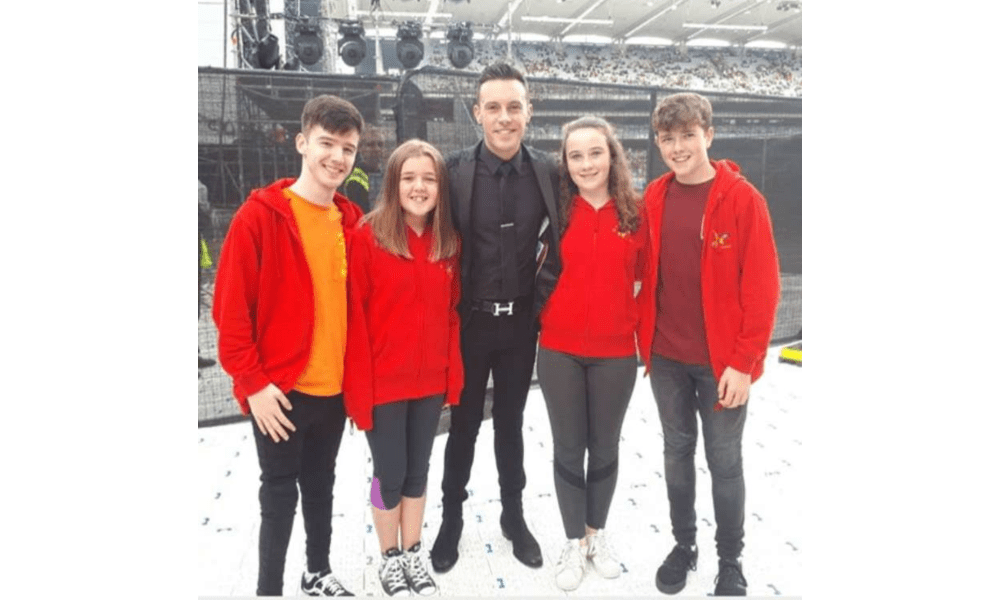 Sophie: “The best part was when our act hits the final part of our song; we were joined on stage by the school choirs for an unbelievable finishing chorus.”

Evan: “I felt quite honoured to perform on the same stage as bands like U2.”

Padraig: “Performing in front of that size of a crowd and on that size of a stage, and the atmosphere of everyone clapping for us was unbelievable and will stay with me forever.”

Matthew: “We got to watch Andrea Bocelli perform just 20 metres away. That was absolutely unbelievable to witness.”

The kids have high ambitions for M.Y.Th Academy. Kyle said he’d like them to enter Ireland’s Got Talent, Padraig would like to do a show in The Bord Gáis Theatre, and Evan thinks M.Y.Th should tour the world!

Aisling said “something very exciting is in the works for M.Y.Th academy in the near future.”

M.Y.Th Academy are holding a Registration afternoon in Holy Rosary Hall on Wednesday 12th of September from 5 to 6 pm for those interested. All are welcome whether young or older teens.

For more information on M.Y.Th academy head over to their Facebook page.

Aisling and M.Y.Th academy would like to give a special thanks to the following:
– Jackie Olohan, who worked on the music and helped the kids record the track.
– Principal of Holy Rosary NS Mary O’Riordan.
– Sound Engineer Jerry Simpson.
– Stage Manager Breffni.
– All the parents and chaperones involved: Thomas and Mary Ferguson, Maria and Conor Lawlor, Elaine Cassidy, Sinéad Greene, Tracey Murphy, Aisling Greane Madden, Denise and Martin O’Reilly, Teresa and Frank Scanlon.