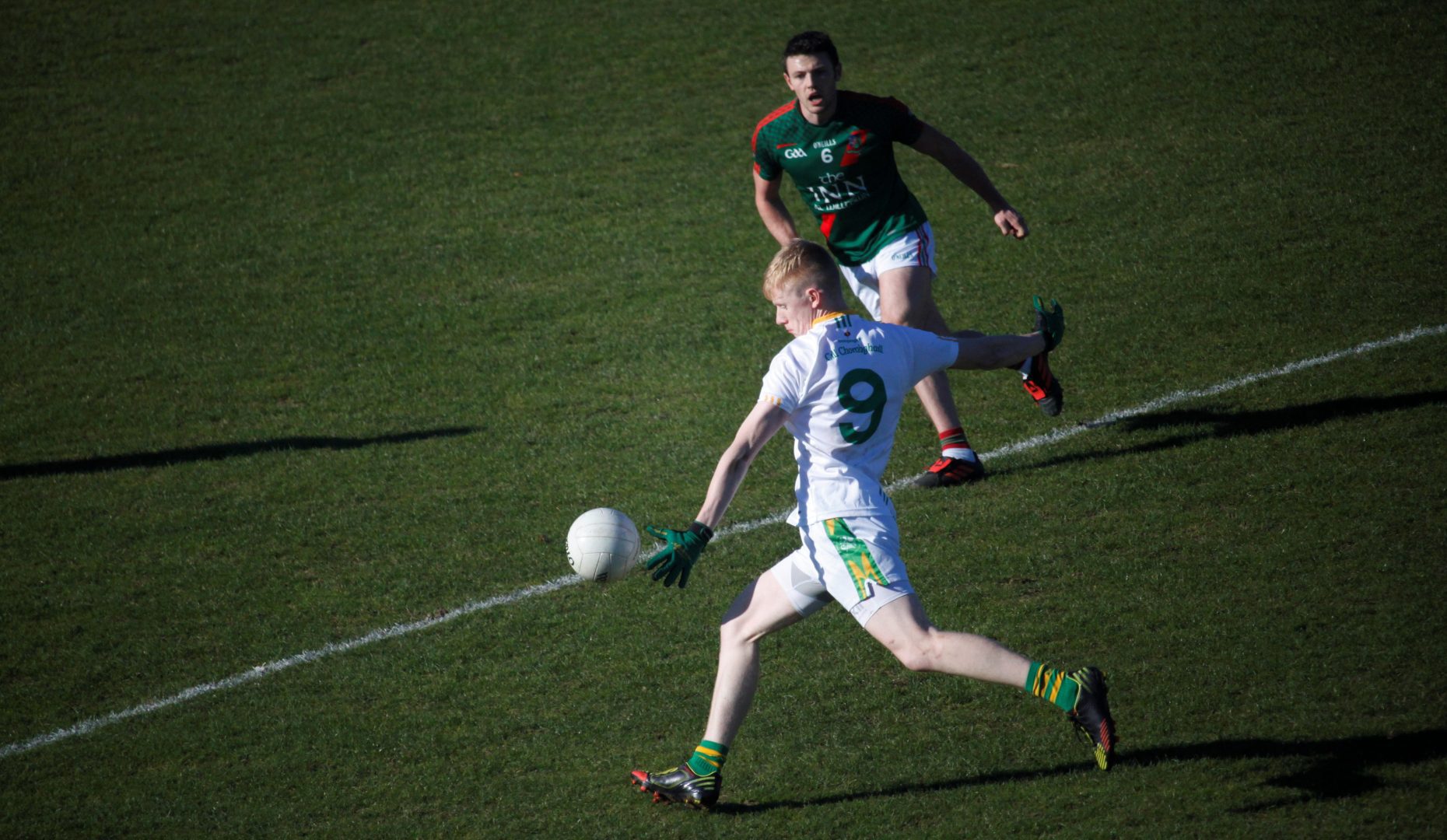 Kilcoole have been knocked out of the Leinster Junior Club Football Championship after falling to Kildare champions Milltown in a controversial affair on Saturday afternoon.

Despite being second-best for much of the game, Kilcoole finished the second-half of the Joule Park encounter well, clawing back a 0-12 to 0-05 deficit to just a single point going into injury-time.

The Wicklow junior champions could have had the chance to win the game when Milltown’s Kevin Byrne appeared to have pulled down Kilcoole skipper Danny Kavanagh. However, referee David Fedigan waved off any calls for a penalty.

It was made worse when Fedigan awarded Milltown a penalty shortly after, which was cooly dispatched by Milltown captain Colin O’Shea for the victory-sealing score.

While the final few minutes will be up for debate, Milltown were — for large portions of the game — the better side on the day, with Alan Dignam and Colin O’Shea pulling the strings for the Kildare champions.

Points from Robert Scully, Omar Dunne, Morgan Owens and two Alan Dignam frees put Milltown into a commanding 0-05 to no score lead in the first-half. Despite their opposition’s dominance, Kilcoole finished the first-half the stronger, with Declan Roper and Lee Dutton getting the Wicklow side’s first scores in the 20th and 21st minutes respectively.

Kilcoole almost had a goal when a Dara Keddy pass was deflected goalwards by Milltown half-back James Condon, forcing goalkeeper Paul Mulhall into a clever save down to his right. Kilcoole continued to push, with Matt Gilbert notching a good free from wide on the left, before Vinny Quigley struck a peach from beyond the 45-meter line to reduce Milltown’s lead to just a single point.

That Quigley score seemed to act as a wake-up call for Milltown, as they looked to finish the final few first-half minutes the stronger. The industrious Alan Dignam struck wide off of a 1-2 with Omar Dunne, before points from Kevin Dowling and Ronan O’Shea sent the Kildare men into half-time with a 0-07 to 0-04 lead.

The second-period took on a similar pattern to the first, with Alan Dignam continuing to stamp his authority on an outmatch Milltown half-forward line.

Kilcoole tried to come storming out of the blocks with the wind at their backs, with Dara Keddy capitalising on an Eoin Keddy high-ball dropped into the Milltown square to force Mulhall into a save, before Luke Evans attempted to capitalise on another high-ball, only to fist his effort into the side-netting.

Soon thereafter. Milltown started to take control, as Dignam kicked off a slick move which ended with him pointing the first score of the second-half.

Dignam then fed his partenr-in-crime Colin O’Shea, who was fouled wide on the left. Dignam took the responsibility on to slot another score. Ronan O’Shea then pushed Kilcoole’s lead to five points with a good score from wide on the right off of yet another Alan Dignam assist.

Further points from Kevin Dowling and Wayne Dignam seemed to have put the game beyond Kilcoole at 0-012 to 0-05, only for Kilcoole to repeat history by finishing the second-half like a house on fire with Danny Kavanagh coming to the fore.

Kavanagh started the comeback with a free, before Cormac Byrne slotted over to reduce the deficit to five. Kavanagh split the posts with another free, before Lee Dutton sprayed the play with a tremendous ball across the field towards the waiting Kilcoole skipper.

Kavanagh collected the ball and saw his shot blocked, only for Declan Roper to rescure possession and point to bring the deficit back to within a goal. Byrne pointed again to reduce to two, before Milltown’s Eddie Owens was sent-off for violent conduct as Kilcoole looked to salvage a draw.

With 59 minutes on the clock, Vinny Quigley cut the ball across the the Milltown square. A defesnive mishpa allowed Kavanagh to rescue possession and notch his third point of the game to send us into injury-time with the game poised at just one point.

As the clock ticked over into additional time, the game took a turn after a controversial call from referee David Fedigan. The increasingly influential Eoin Keddy made a run into the Milltown square, before moving the ball on to Danny Kavanagh, who appeared to have been brought down by Kevin Byrne, only for Fedigan to wave away calls for a penalty.

Up the other end, Ian Fitzgerald fisted a goal chance wide, before Milltown were awarded a penalty which Colin O’Shea coolly slotted home to put the game beyond an ultimately outgunned and outmatched Kilcoole side.