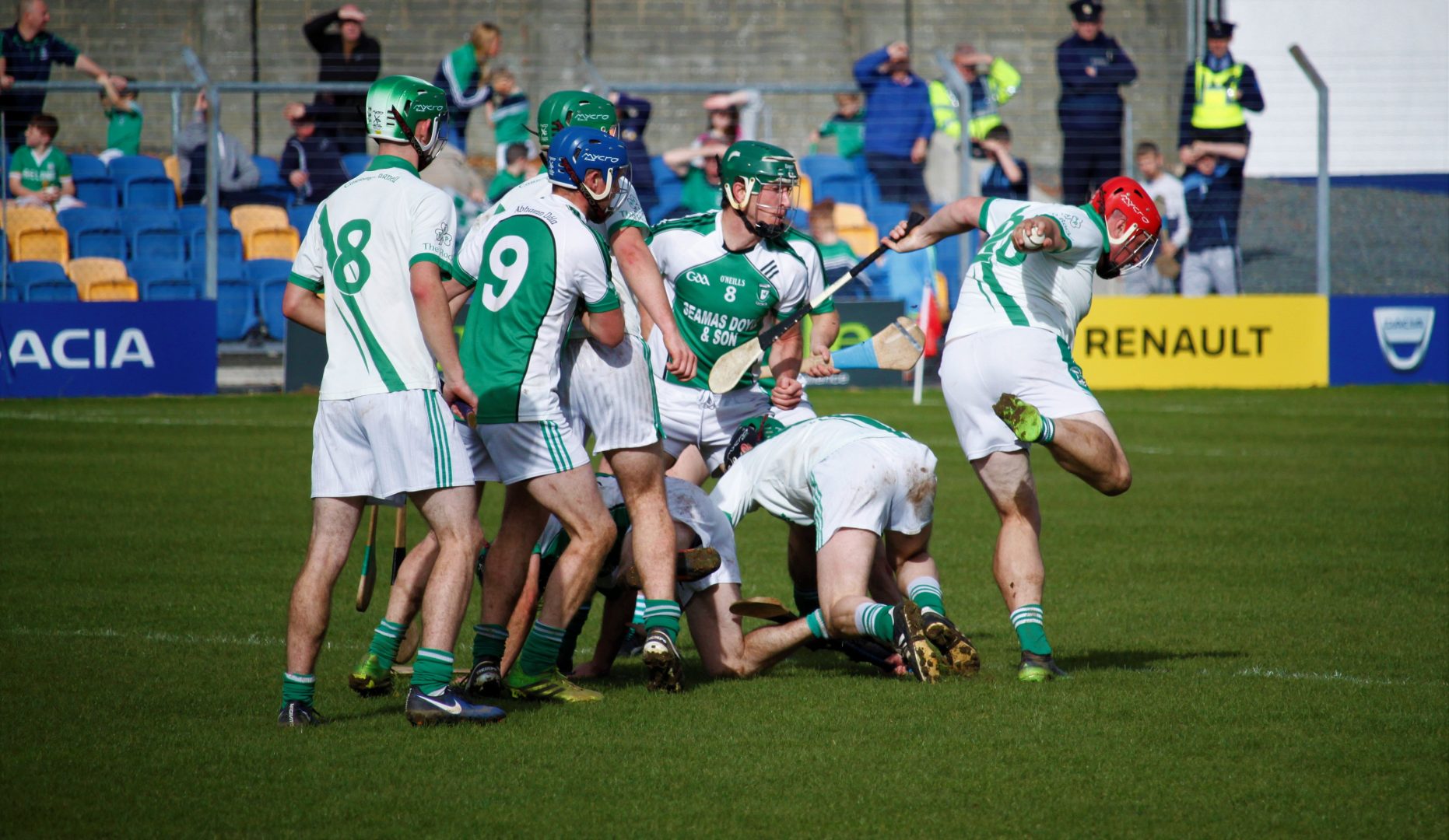 Just a year after being relegated from the senior hurling championship, Avondale have put in a five-star display to claim the intermediate crown, with goals from Ray Nolan and a Ross Ward brace contributing towards a routine win over Arklow Rocks Parnell.

While Avondale dominated proceedings right from the off, ARP’s lack of discipline did not help their chances, as Cian Doyle’s red card mid-way through the first-half left them with a mountain to climb.

Avondale would capitalise on that dismissal, with points from Eamonn Kearns (3), Ross Ward (2), Ray Nolan and Niall Heffernan giving the favourites a 10-point lead, before a Paddy Mellon penalty reduced that lead to seven at 0-11 to 1-01. However, an Olagh Redmond blunder gifted Ray Nolan a goal to send Avondale into the break up by nine at 1-11 to 1-02.

As the second-half would prove, the first period was the calm before the storm as Avondale ran riot on ARP. Ross Ward got two goals of his own inside the first seven minutes of the second-half to push their lead out to 3-12 to 1-04. Paul Gahan got Avondale’s fourth goal of the day despite the best attempts of Olagh Redmond to deny him, before substitute Eugene Heffernan got in on the act with the fifth as Avondale ran out comfortable winners to bounce right back to senior hurling for next season.

Avondale’s dominance over the game began in earnest inside just two minutes. After Colin O’Connor was the first player to be booked in the game for ARP inside just 25 seconds, Ray Nolan got the first score of the game from a free. While Paddy Mellon equalised four minutes later, Eamonn Kearns restored Avondale’s lead a minute later.

Ray Nolan and Ross Ward extended that lead to three before the game was turned by the dismissal of Cian Doyle for ARP. That proved to be a kick in the stomach for Arklow, as Avondale went about putting the half, and the game, to bed Kearns followed up the sending off with a point and a free, before a Ross Ward point, Ray Nolan free, and another Ross Ward point off of good work by captain Paul Gahan gave Emmet Sullivan’s men an eight-point lead.

That was pushed out to nine and 10 points following scores from Eamonn Kearns wide from the left and Niall Heffernan from deep. Paddy Mellon managed to put some gloss on proceedings with a goal from the penalty spot but that was only momentary reprieve, as an innocuous Ray Nolan strike from midfield was dropped into the goal by ARP goalkeeper Olagh Redmond to give Avondale a nine-point lead going into half-time.

Rather than rest on their laurels, Avondale pushed on in the second-half and blitzed a hapless and outmatched ARP side. A Gearóid Murphy point was followed up by Ross Ward’s first goal of the day to push the lead out to 13 points. A pair of frees from Paddy Mellon proved little comfort as Ross Ward got his second goal of the day in the 37th-minute, five minutes after his first.

A Ray Nolan free made it a 14-point gap, before Paul Gahan went through on goal. Olagh Redmond did well to block him down on goal initially, before Gahan regathered the ball and his composure to put the ball beyond Redmond for his side’s fourth goal of the day.

Ray Nolan, Brian Burke and Eamonn Kearns continued to increase the tally, before ARP finally got their first score in 20 minutes when Shane Mellon slotted a free on 28-minutes. Ray Nolan capped a man-of-the-match performance with the final point of the game, before Eugene Heffernan scored his side’s fifth-goal of the game and the final score of the day as Avondale rebounded from their relegation last year with an immediate return to senior hurling.