Higgins set for landslide victory to be re-elected president 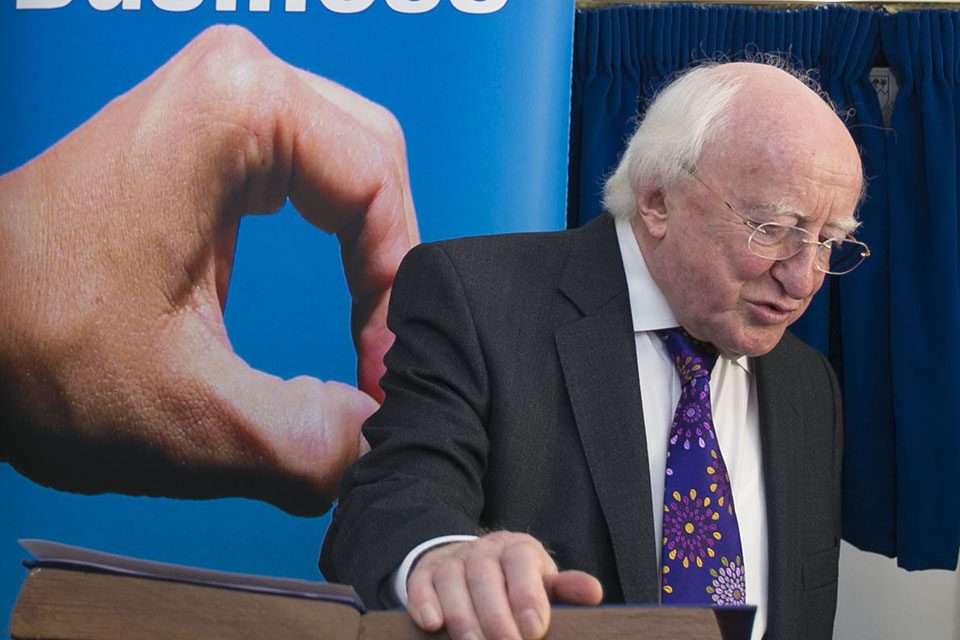 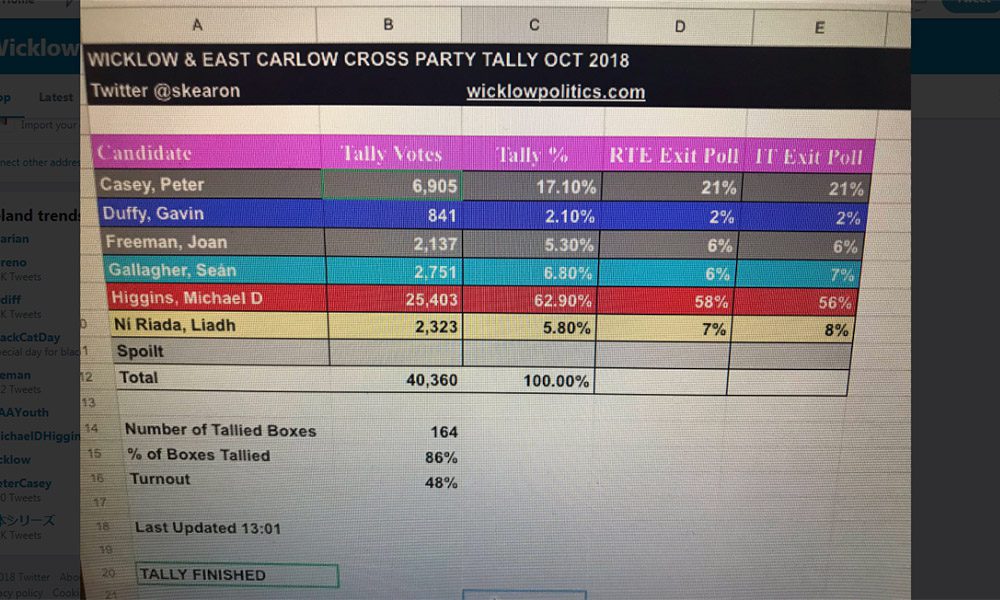 The final tally of the Wicklow vote (Pic.Stephen Kearon)

The count in the presidential is well underway and Michael D Higgins is set for a landslide victory.

An RTE exit poll carried out by Red C suggested Michael D Higgins will be returned as president 58.1% of the vote, while business man Peter Casey will get 20.7% of the first preference vote.

Polls carried out before the election had Casey at 2%.

Michael D Higgins is only the second president to have won two terms at the ballot box, the only other president to do this was  Eamon de Valera.