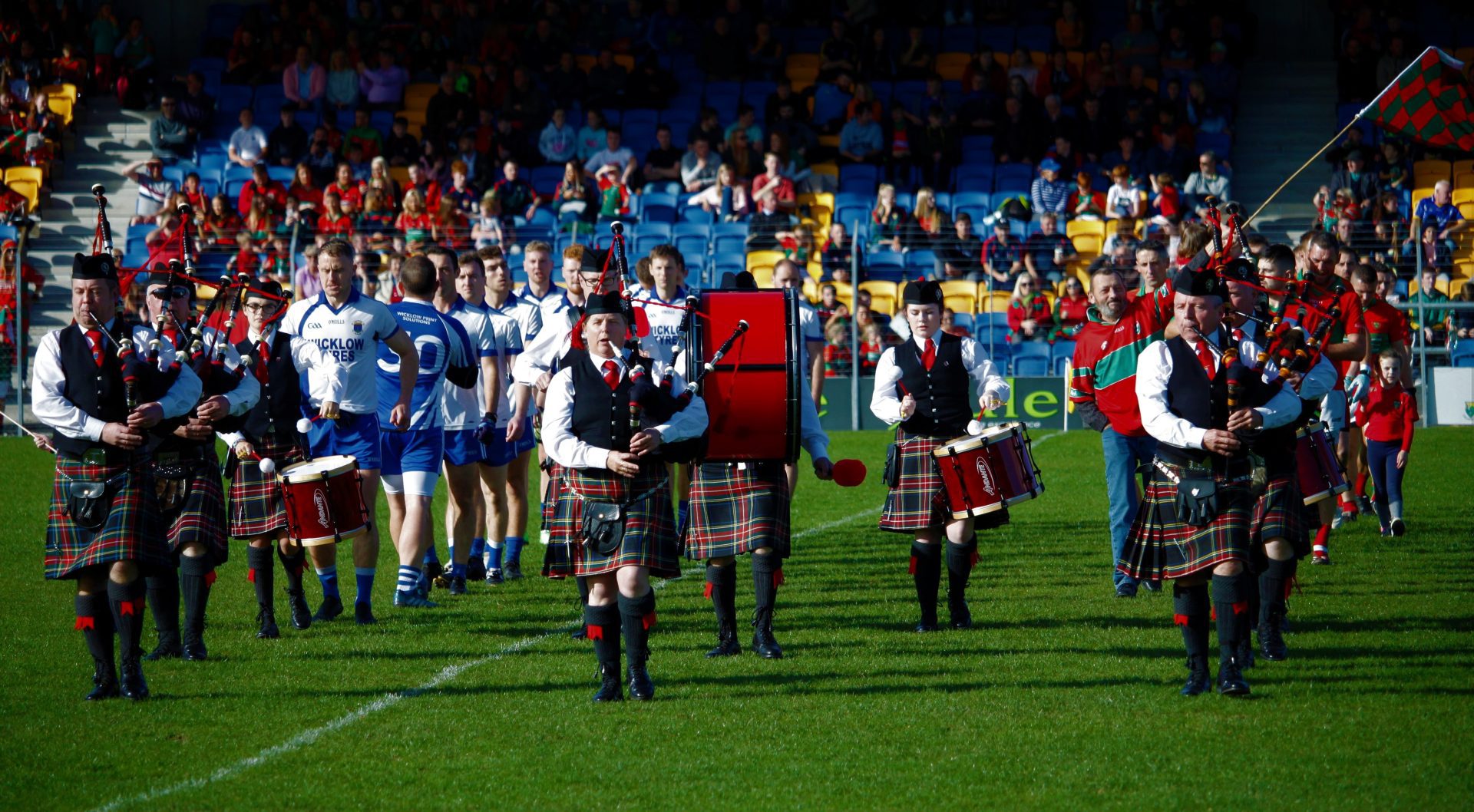 The final of the Renault Senior Football Championship will be settled in a replay after a late Shane Murley point salvaged a draw for St. Pat’s against defending champions Rathnew in a pulsating encounter in Aughrim on Sunday afternoon.

In a game as dramatic as it was entertaining, Rathnew made the brighter start in the beaming October sunshine, with James Stafford and Nicky Mernagh (2) pushing the champions into a three point lead before Pat’s got their first score through a Stephen Duffy free after eight minutes.

While Rathnew were able to keep Pat’s at arms length for most of the second-half, a tremendous fight back from the Wicklow Town side — helped along by a Thomas Kelly goal, two points from Duffy and one from the excellent Dean Healy — saw Casey O’Brien’s men go into half-time in front.

While Pat’s ended the first-half like a house on fire, they were not able to replicate that in the second-half, as points from Ross O’Brien, Jody Merrigan, and James Stafford drew the sides level as the game approached the final quarter of an hour.

The closing stretch notched the drama level to pure insanity, as an Eddie Doyle free seemed to have snatched the win for the Village men, only for Shane Murley to salvage a draw and force the replay.

There is a certain intensity, aggression and quality one expects when two neighbour teams and heated rivals meet in a championship final. The tackles are expected to be full-blooded and the tempo relentless. That was the case when Rathnew went to war to defend their Wicklow Senior Football Championship against St. Patrick’s.

Much like they did in the semi-final against Arklow Geraldines Ballymoney, the Villagemen came storming out of the blocks. A Jody Merrigan free was fisted over the bar by James Stafford for the game’s first score, before Rathnew pushed their lead out to three through a pair of points from Nicky Mernagh after eight minutes.

Despite the less-than-ideal start, Pat’s managed to draw level after 15 minutes through three Stephen Duffy frees, before Leighton Glynn and frees from Eddie Doyle and Jody Merrigan restored Rathnew’s three point advantage — only for the game to be turned on its head by Ciaran McGettigan.

Picking the ball up wide on the left, McGettigan forced his way to the byline before squaring the ball to Thomas Kelly, who had the simple task of slotting the ball into an empty Rathnew net for the first goal of the game.

Pat’s built on the goal, with a pair of Stephen Duffy point and free pushing them into a two point lead, before a great point under pressure from the titanic Dean Healy extended it to three. Jody Merrigan managed to reduce the lead to two but it was Pat’s who went in at half-time 1-06 to 0-07 lead.

While the first-half of Pat’s vs Rathnew managed to sustain intensity over the entirety of the half an hour, the second period managed to pack a halfs worth of drama into its final four minutes.

Casey O’Brien’s men made a bright start to the half through a very good point wide on the right from Tommy Kelly, it was Rathnew who dominated large parts of it. Ross O’Brien, Jody Merrigan (free) and James Stafford drew the game level at 1-07 to 0-10. Goalkeeper Peter Dignam then gave away a soft-free which Stephen Duffy pointed to restore the Wicklow side’s lead, before a Mark Doyle free equalised for Harry Murphy’s men once again.

Both sides missed chances to take the lead going into the final few minutes, thus setting the stage for a bonkers last four.

With just a minute of regulation time remaining, Dean Healy made a bursting run into midfield before shifting the ball onto Tommy Kelly, who split the posts to give Pat’s the lead. Ross O’Brien — who grew into the game in the second-half — levelled the game once again in the first of three additional minutes. A minute later, Eddie Doyle notched a free which sent the Rathnew faithful into delirium as Pat’s were left with just 30 seconds to grab an equaliser.

With the weight of a six-year championship glory drought, Pat’s knew that they needed something — enter full-back Shane Murley stage left. A free gave Casey O’Brien’s men the chance to drop the ball into the Rathnew square. Murley gathered the ball, displayed nice footwork to send his marker the wrong way, leaving him one-on-one with Peter Dignam in the Village goal.