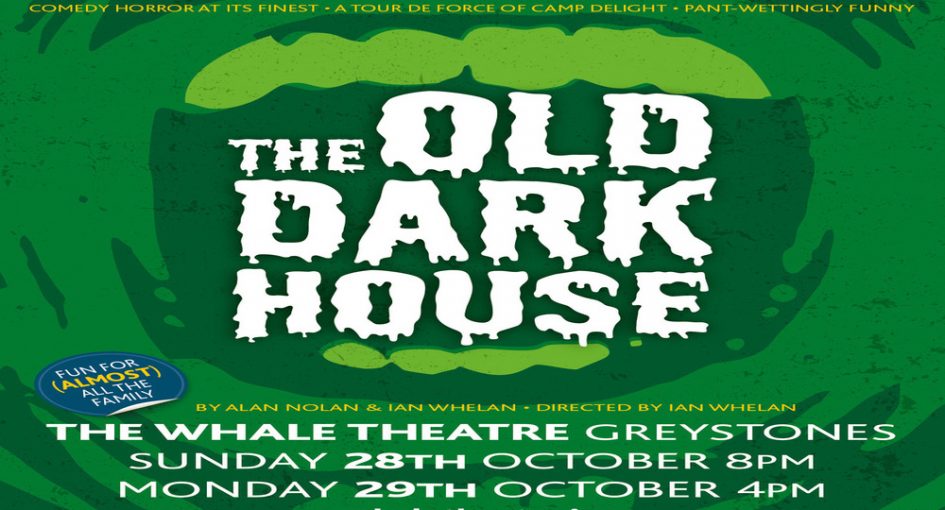 By Alan Nolan and Ian Whelan

Seeking shelter from a pounding rainstorm in a remote region of Wales, five weary travellers are admitted to a gloomy, foreboding mansion belonging to the exceptionally strange Femm family. Trying to make the best of it, the guests must deal with their sepulchral host, Horace Femm, his obsessive, malevolent sister Rebecca and the other peculiar inhabitants of the old dark house.

From here on, it seems the weather is the least of their troubles…

Originally premiered in Dublins Crypt Theatre in 2001, Mangled Ferret Theatrical Expeditions present a return visit to “The Old Dark House” featuring the original cast. This blistering comedy – written by Alan Nolan and Ian Whelan – was lauded by Ireland.com – “Wonderful performances ensured the play was a delight from start to finish” they claimed, “Action, Drama and generous doses of wit and irreverence makes this play a must see for all”.

The Sunday Times claimed it as “scary” and “as camp as a row of tents” – we assume it’s a scouting reference.

Mangled Ferret were the one time self professed worst band in Dublin – way back in the eighties when that kind of thing meant something. After a prolonged absence they ditched all musical pretence and went back to their first love – comedy. With a sell out run of their take on the Charles Dickens classic “A Christmas Karl”, they sold out a three week run of “The Old Dark House” in the Crypt Arts Centre in Dublin Castle.

The Old Dark House is written by acclaimed children’s author Alan Nolan and one half of the infamous Doris/Magee filmmaking duo Ian Whelan.

Full bar, Wicklow Cheese boards, and selection of snacks available on the night.