Wicklow’s Look to the Lady prepare for ‘Humans’ tour 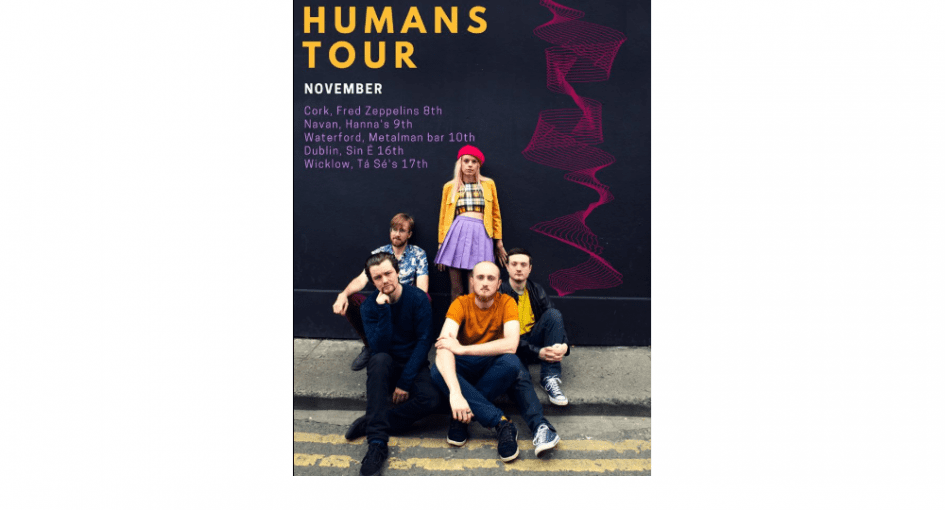 Spreading the good word of rock n’ roll isn’t an easy job – but someone has to do it.

Wicklow Town’s Look to the Lady have been sewing their seeds all over the Garden County since releasing their debut EP in 2014 and their sound, which oscillates between gentleness and raw fury, has won them fans all over the country.

Living somewhere in the vast hinterlands between thoughtful indie and good ol’ timey riff-driven rock, the band are ready to bring their eclectic sound to previously unexplored territory.

Consisting of vocalist Kelly Bolger, guitarists John Dunne and Josh Meakin, bassit Paul Newell, and sticksman Michael Newell – Look to the Lady yesterday announced their upcoming “Humans Tour” in November, which will take them around the country and back again.

The band had this to say:

“We’re proud to announce the Humans Tour! A tour geared towards showing off our new songs and upcoming releases. Support will be provided by local acts and we expect some crazy, loud gigs all around. Very excited to get dancing with everyone soon!”

You can catch them on the following dates:

For those of you who can’t wait until November, you can find the band on Spotify and Facebook.