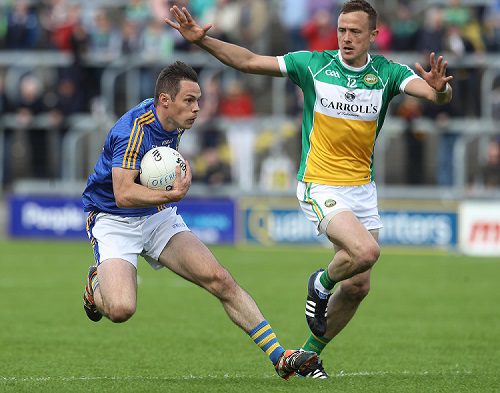 McGrath (31) announced his retirement from inter-county football yesterday, telling the Irish Independent that “the time is right for me”.

Depite being diagnosed with leukemia in 2011, McGrath spent 12 years playing for the senior county footballers, including this past year — during which he featured for Wicklow in their Leinster championship games against Offaly and Dublin

Best of luck to Wicklow stalwart John McGrath in retirement

John had been a GPA squad rep for Wicklow in recent years, empowering teammates to better themselves off the field pic.twitter.com/4VHWbSjEXk

Speaking to WicklowNews, John Evans said that McGrath overcoming cancer to return to inter-county football demonstrated “how courageous a guy he was and is.”

“Going through what he went through for one and, for two, the shining example that he set for other people that you can overcome such an illness and strive to reach the heights that he has,” he added.

“He was top class and the fact that he was the GPA for the team showed the respect that the players had for him. He was a good positive voice and he looked after the wellfare of the players as well.

“He was so proud to be a Wicklow man. He fought hard to bring his best to Wicklow football. Wicklow shouldn’t settle for anything but the best. That is the legacy that he has left behind,” Evans added.