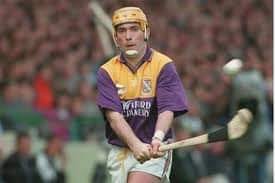 Former Wexford hurling star Eamonn Scallan has been named the new Wicklow senior hurling manager, the county board has announced.

Scallan takes the reigns of the Garden County following the resignation of Seámus Murphy from the role in September, citing health issues and a need for a break.

The Ferns St. Aidans club-man comes into the job with a lot of pedigree, having been part of the Wexford side that won the All-Ireland Senior Hurling Championship in 1996, as well as having won two Leinster titles in 1996 and 1997 respectively.

Wicklow will be Scallan’s first foray into senior inter-county management, having previously managed the Wexford minors and being involved in the senior backroom team.

Speaking to WicklowNews, Wicklow county chairman Martin Fitzgerald said that he was “very happy” with the appointment.

“It was a hard job for the selection team because there were a lot of very good candidates but he is a very good manager, and I think he is very enthusiastic,” Fitzgerald said.

Wicklow will be competing in Division 2B of the Allianz National Hurling League —as well as the Christy Ring Cup — and Fitzgerald believes that Scallan’s pedigree and experience at the highest levels of the game will lift the players next season.

Scallan’s first taste of competitive senior hurling management will come in January, with Wicklow set to kick-off their league campaign away to Warwickshire on the 27th.