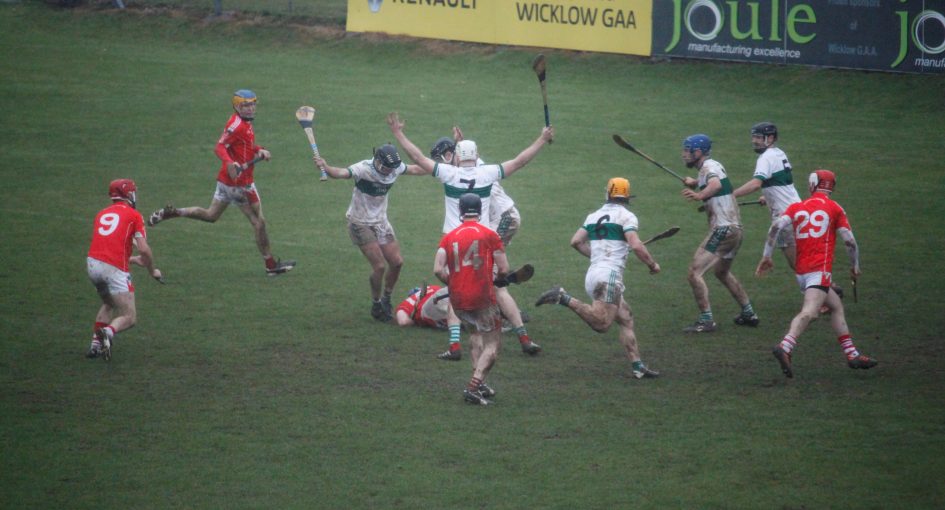 Glenealy senior hurling manager Gary Laffan has said that missed chances, compounded by a poor start, cost his side in their Leinster intermediate hurling championship clash against Portlaoise.

Glenealy were dramatically knocked out of the Leinster IHC by Portlaoise last Sunday, following a dramatic final 10 minutes which saw Danny Staunton score one penalty and have another one saved right at the death on a rain-soaked afternoon in Aughrim.

Despite the pulsating finish to the game, Laffan said that his side’s poor start to the game — which resulted in them being 0-11 to 0-05 behind at half-time — gave them too much of a mountain to climb, while an inability to take chances that came prevented them from capitalising on the momentum they had built in the second-half.

Speaking to the Wicklow People, Laffan said: “We gave ourselves a bit much to do. We made a lot of unforced errors at different stages of the game and we didn’t capitalise on our scoring chances either in the first half or the second half.

Glenealy reached the final of the Leinster championship last season, with Laffan speaking of his regret at not being able to take it one step further this year.

“Once we won Wicklow, we took the Leinster challenge very seriously. We worked hard on it and we were nine points down at one stage and then a minute into injury time we got the penalty and if we had scored that, I think we would have won it in the two minutes left.”