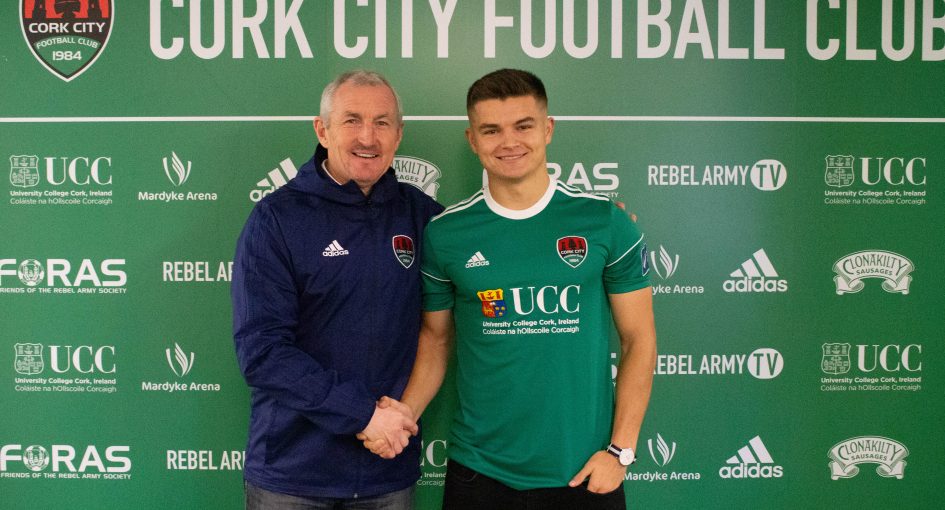 Dáire O’Connor has finalised a move from UCD to Airtricity League Premier Division champions Cork City on a two-year-deal.

The 21-year-old Arklow-native spent four years at UCD, winning the First Division title last season and being included in the team of the season.

Speaking to CorkCity.ie, O’Connor said that he was “over the moon” with the move.

“The opportunity to play in front of four or five thousand people week in, week out, to be up there challenging for the league – I was in the Aviva watching the Cup Final thinking how I’d love to be out there playing. Two weeks later, I have the opportunity going forward this season,” he said.

“I want to break into the team, I know it’s not going to be straight forward. It will be a lot of hard work in pre-season but once I get my chance I want to take it and nail down that jersey. Hopefully I’ll bring a lot to the team attacking wise, a bit of excitement in the final third. That is what I pride my game on.”

Cork City boss John Caulfield said of O’Connor: “From my point of view he is an attacking player, he can play on the wing and can play in the number 10 position.

“He has been in the UCD set up for the last number of years. He is a very exciting player and has a real opportunity for him here. I’m sure our supporters are looking forward to seeing how he kicks on,” he added.