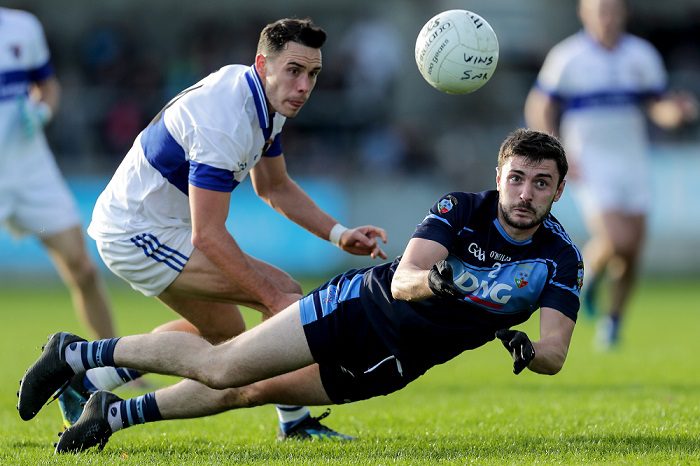 Final approval has been granted for the transfer of Dublin club footballers Oisin Manning and Davy Devereux to the Wicklow senior football panel.

Two weeks ago, the Wicklow People reported that Oisin (St. Jude’s) and Davy (Ballinteer St. John’s) would be joining up with John Evans’ team for the 2019 season, pending final go-ahead.

On Tuesday evening, Evans confirmed to WicklowNews that Manning and Devereux’s transfers had been rubber-stamped, and that they would be available to line-out for Wicklow from the 1st of January.

“They’re two very enthusiastic players and they will certainly be positive additions. We will give them time to play first and get settled in. We will use the O’Byrne Cup game against Laois as a chance to let them settle in.”

Both Manning and Devereux enjoyed successful seasons at club level, with the former having lined out at corner-back in St. Jude’s senior club football final defeat to Kilmacud Crokes, while Devereux — the brother of Nicky Devereux — is a regular fixture at half-back for St. John’s.

Both men switch to the Garden County by virtue of their family connections in the county. Oisin has familial ties in Ashford and Roundwood, while Davy has links to Avoca.