Dillon brothers do the double for Tinahely in Garden County Awards 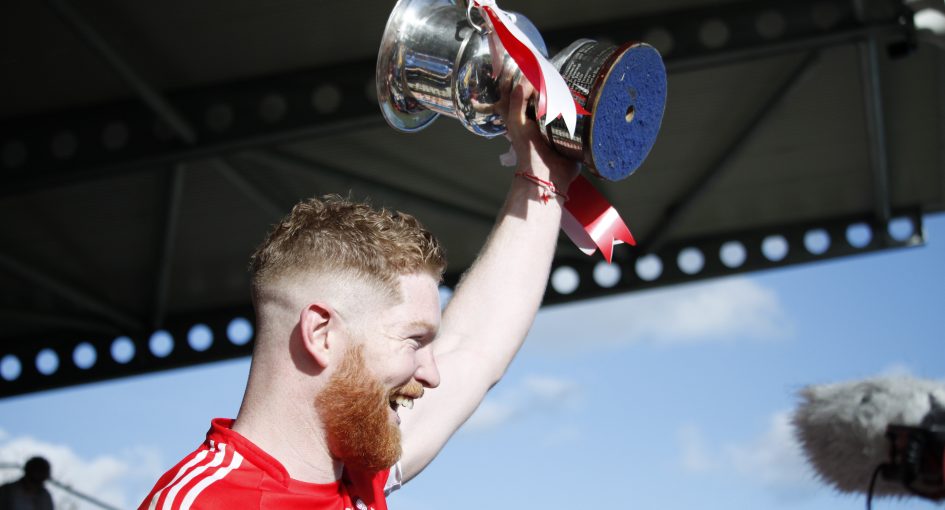 427
SHARES
ShareTweetSubscribe to our Newsletter

Brothers Stephen and David Dillon have been recognised for excellent seasons for Tinahely by being named players of the year as part of the Garden County Awards.

The winners of the Garden County Awards were announced at the Wicklow GAA County Convention in Aughrim on Monday night, with players from all grades in football and hurling receiving recognition.

Stephen Dillon has been rewarded for captaining Tinahely to the Intermediate Football Championship crown with the gong for intermediate player of the year. Dillon scored 1-01 as his side bested Carnew Emmets in the county final in October.

Meawhile, David Dillon has been named as the Junior “C” Football Player of the Year in a year that Tinahely added the Junior “C” title to the aforementioned intermediate championship.

Stephen and David’s respective awards cap off what has been a memorable year for Tinahely, with the ladies team romping their way to a senior county championship, as well as the semi-finals of the Leinster championship.

Meanwhile, Pat Doyle has been honoured for his work for GAA in Tinahely and Wicklow as a whole with a Lifetime Achievement Award, as has Stratford Grangecon’s Jim Bollard.

Stephen and David Dillon, and Pat Doyle will receive their awards at the Garden County Awards night on the 19th of January 2019.