497
SHARES
ShareTweetSubscribe to our Newsletter

Avondale legend and three-time senior hurling champion Jimmy O’Shaughnessy has been inducted into the Wicklow GAA Hall of Fame.

O’Shaughnessy has spent his life as a devout Avondale stalwart, having been involved with the club for up to seven decades, including an illustrious and trophy-laden 40-year playing career.

While hurling was his first love, the Avondale clubman and loyalist’s first taste of silverware came in the form of a junior football title win over Baltinglass in 1960.

O’Shaughnessy never looked back from there, appearing in seven senior hurling finals, including three wins in 1964, 1966, and Avondale’s last championship win in 1983.

He went on to defy traditional age barriers when — 32 years after winning his first-ever county title for Avondale — he represented his beloved club on their way to a county intermediate hurling title in 1992.

His exploits for Avondale did not escape the attention of the Wicklow county panel, for whom O’Shaughnessy represented for many years.

This period of his career reached its apex in 1971 when Wicklow won both the Leinster and All-Ireland junior hurling championships, with the Garden County overcoming Hertfordshire 4-06 to 3-08 in the latter final at the third time of asking.

Off the field, O’Shaughnessy played a vital role in the development of the GAA in the county. He became a match official in both hurling and football, a role that culminated in being appointed the referee for Carnew Emmet’s 13th successful county hurling title in ’89.

“With him, club loyalty and county honour was everything,” Jimmy Dunne said at O’Shaughnessy’s induction at the Garden County Awards Ceremony on Saturday night.

“His philosophy was love of club draws its strength from love of neighbour’s, fellow parishioners and the local community. The traditions and way of life associated with one’s home place, its origins, club and county provide a sense of importance, belonging, and identity, shared goals and pride of place.

“This evening we honour a man who has given a life time of service to Cumann Luthchleas Gael to both club and county as a player match official and administrator.” 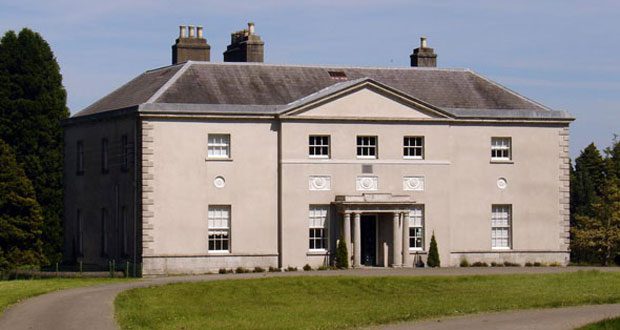