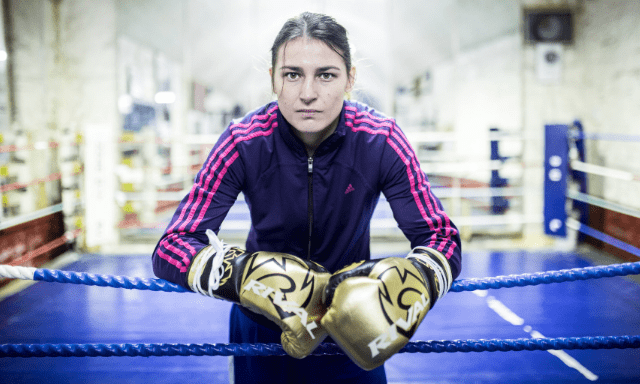 507
SHARES
ShareTweetSubscribe to our Newsletter

The reviews are in: “must watch”, “inspirational”, “our greatest sportsperson ever”.

The award-winning Katie has generated massive praise online following its television debut on Tuesday night on RTÉ One.

The documentary paints a searing, deeply personal profile of Bray boxer Katie Taylor as she hit a career low and bounced back from defeat at the 2016 Rio Olympics.

Taylor, who now holds two world titles and is challenging for a third, took to Twitter on Wednesday to thank a flood of well-wishers:

Thank you so much to everyone for all the positive comments with the documentary. It's been humbling and heartwarming! #KATIE

Viewers across Wicklow and beyond have gushed about Taylor’s courage and honesty in the film, which charts her successful path into professional boxing:

One of the best sporting documentaries in recent years. Open, honest portrayal of one of Ireland’s most driven and successful athletes ever. Every young athlete in any sport could learn from her example. Multiple champion for a reason. @KatieTaylor #KATIE

Such raw emotion pouring out in the #Katie documentary. It’s hard to watch at times, but compelling viewing. Talk about talent, work ethic, and #integrity! We’re lucky to have such an ambassador for Irish sport, @KatieTaylor – you’re truly incredible! #backingbray

Superb documentary on @RTEOne. @KatieTaylor is our greatest sportsperson ever. What a story and inspiration for every young person with a dream #Katie

Watching @KatieTaylor’s doc on rte. What an inspirational woman, so honest and driven. From my time in Bray I saw how positive her influence was on the kids from her area. She showed them the power of hard work and perseverance #Katie

The documentary has even drawn rave reviews from non-boxing fans:

I am not a fan of boxing – generally leave the room if it is on TV / have left dinners for keynote speeches – just watched KATIE on @RTEsport … and it was POWERFUL and inspirational. Now a fan … of Katie! What a woman and role model @KatieTaylor

Haven’t been paying attention to Taylor’s career to date? It’s not too late.

The stage is set for her next fight as she seeks to become a triple world-title holder. Taylor faces Rose Volante for the WBO World Lightweight title in Philadelphia on March 16.

Missed the documentary on first showing? You can still catch it via the RTÉ Player here.