Katie Taylor will challenge Rose Volante for the WBO World Lightweight Title in Philadelphia on the 16th of March.

Matchroom Boxing promoter Eddie Hearn confirmed the much-anticipated news on Friday evening, stating: “I’m over the moon  to confirm contracts are signed for Katie Taylor to unify against WBO champ Rose Volante on our big Paddy’s Day weekend show in Philly in March.”

I’m over the moon to confirm contracts are signed for @KatieTaylor to unify against WBO champ Rose Volante on our big paddy’s day weekend show in Philly in March. Full card announced soon – the road to undisputed is on ☘️ @DAZN_USA @SkySportsBoxing pic.twitter.com/UEvHJIe4GK

The unification fight will take place three months after Taylor’s last fight; a successful defence of her WBA and IBF World Lightweight straps over Eva Wahlstrom. Meanwhile, Volante’s came in September in a TKO win over Yolis Marrugo Franco.

The 36-year-old Brazilian — who holds a 14-0 record with eight knock-outs — has held the WBO crown since 2017 when she beat Brenda Karen Carabajal, having turned pro in 2014.

It will be Volante’s fourth — and most challenging — defence to date, with Taylor currently holding a 12-0 record, as well as having recently been ranked as the best pound-for-pound female boxer in the world by BoxRec.

The card featuring Katie Taylor vs Rose Volante for the WBO World Lightweight Title takes place on the 16th of March, and will air on DAZN and Sky Sports. 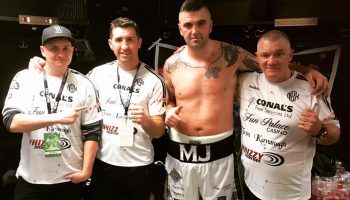