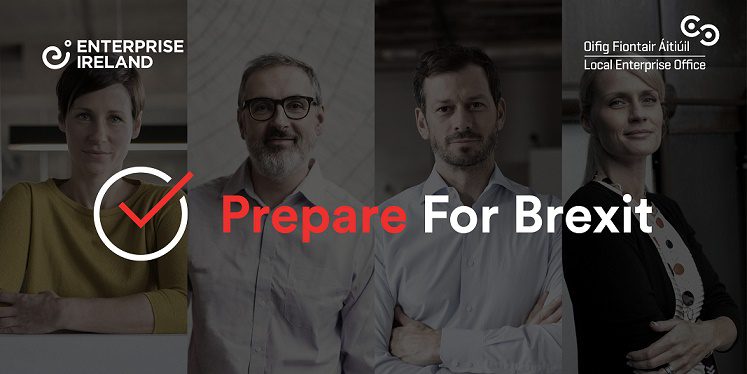 Ahead of a potential ‘no deal’ in March, the Local Enterprise Office (LEO) is urging Wicklow businesses to sign up to Brexit supports.

Speaking to WicklowNews.net, LEO Wicklow say that “any business that imports / exports to the UK” is likely to be affected in a ‘no deal’ Brexit scenario.

“LEO Wicklow is committed to supporting its clients in preparing for the risks and opportunities that Brexit poses. Despite the uncertainty, Wicklow companies can and should be taking action to mitigate the potential risks and position themselves to take advantage of the opportunities.”

The website draws attention to nine areas which small businesses should consider, including: currency risks, restrictions on movement of people, and potential “buy British campaigns”.

The Brexit SME Scorecard was originally launched in March 2017 during the week in which the United Kingdom originally triggered Article 50, sparking a two-year countdown.

“Enterprise Ireland have developed an online training programme around Customs targeting companies who are Trading with the UK and who will have to navigate through the customs  in the event of a no deal Brexit in March.”

A deal negotiated between British Prime Minister Theresa May and the European Union suffered defeat in the British parliament last week.

Earlier today, the EU Commission said that a hard border between the Republic of Ireland and Northern Ireland is inevitable in the absence of a deal.

Both micro businesses and SMEs are encouraged to contact LEO Wicklow about the supports on offer on: 0404 30800 or via their website: www.localenterprise.ie/wicklow

Businesses with specific queries about customs and Brexit can contact Revenue at BrexitQueries@revenue.ie.