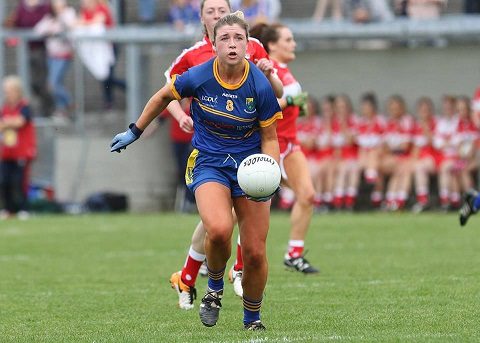 St. Pat’s star Niamh McGettigan has been named as captain of the Wicklow ladies football team ahead of the Lidl National Football League kick-off this weekend.

The Wicklow club midfielder has represented her county since 2011, when she played a part in Wicklow winning the All-Ireland Junior Football Final by virtue of a victory over New York in a replay.

She also played a key role in Wicklow’s remarkable season in 2018, pairing with Sarah Miley in midfield as Mick O’Rourke’s team handily beat Louth to claim the division four league title with a 100% record, before reaching the Leinster final and All-Ireland quarter-finals later in the season.

McGettigan will lead new manager James Kelly’s side in 2019, having inherited the captain’s armband from last season’s skipper Sarah Hogan.

The new season kicks off on Saturday afternoon for the Wicklow women, with Kelly’s troops travelling to Roscommon for a 2pm throw-in.