“One of Ireland’s greatest athletes” – plaque unveiled for Wicklow Olympian 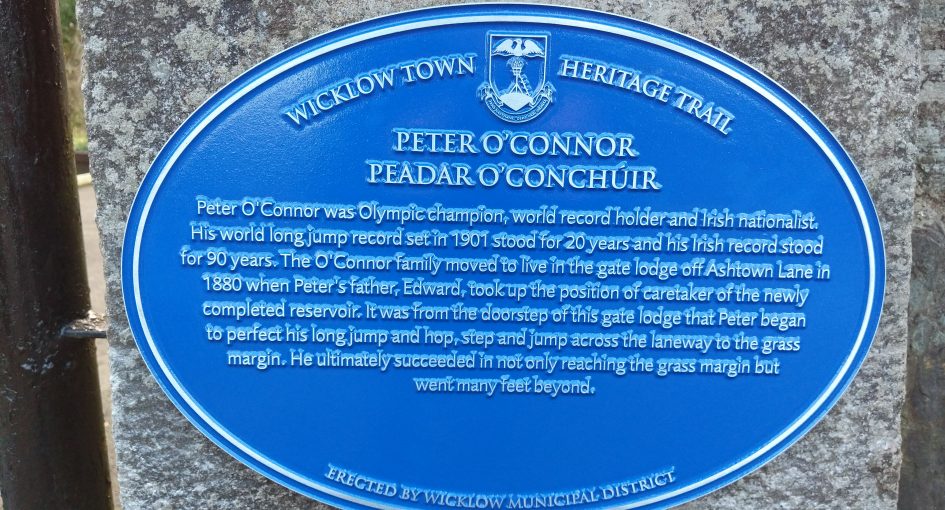 Descendants of Peter O’Connor gathered today for a special ceremony remembering the Olympian and Irish nationalist.

O’Connor won gold and silver at the 1906 Olympic Intercalated Games in Athens, setting a world record for the long jump.

Considered Ireland’s first Olympic medallist, he objected when a Union Jack was raised during the medal ceremony. With the help of teammate, Con Leahy, O’Connor scaled the flag pole and waved an Irish flag.

Born in 1872, Peter O’Connor grew up in Wicklow, spending most of his early years at the cottage on Ashtown Lane where the plaque was erected today. 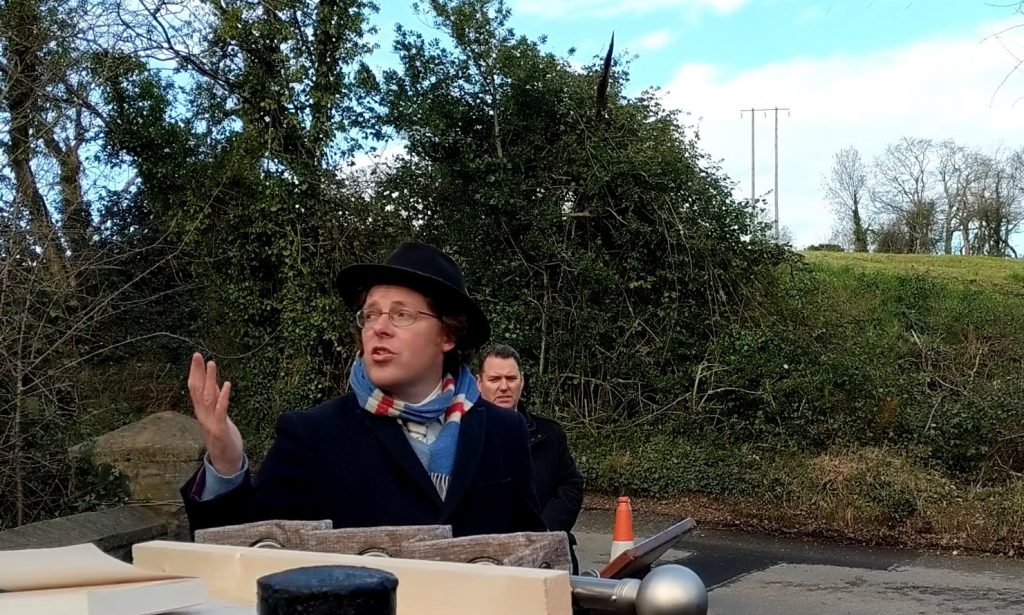 “I think this is the largest gathering outside this cottage in well over 100 years.”

“The O’Connors were in Wicklow since the 1690s. [Peter] came from a large family of nine – nine children ended up in this cottage.”

“It is a very special place because this is where Peter O’Connor took his first steps. Where the seed of an idea began to grow. It was a simple, boyish, every-day fantasy to see if he could jump from the front door to the edge of the path.”

O’Connor’s efforts would later see him set a world record in the long jump in 1901. That record would stand for an impressive 20 years until it was finally broken by Jesse Owens at the Berlin Olympics in 1936.

“Peter O’Connor’s whole journey – towards a world record, towards Olympic medals, towards a degree of notoriety in the British Empire as the first person to ever make a political protest at an Olympic games – it all began here.”

Quinn added, smiling, that O’Connor remained one of the only 20th century medal-winning Irish Olympians who lacked a statue in his home county.

Cathaoirleach of Wicklow Municipal District, Daire Nolan, said that O’Connor was “one of Ireland’s greatest athletes in the 20th century”.

“Wicklow has a long and beautiful history, and I do believe Peter O’Connor is part of Wicklow’s post-famine history, and his story is well worthy of inclusion in the history of County Wicklow.”

Wicklow County Council Chief Executive Frank Curran added: “[Peter O’Connor] not only held the Irish long-term record for ninety years, he also held the world record for 20 years. It is only right and fitting that we pay tribute to him in Wicklow; particularly, as I believe, he perfected his hop, step, and jump on the doorsteps of his family home in Ashtown Lane.”