Mountain rescuers called out 14 times so far this year 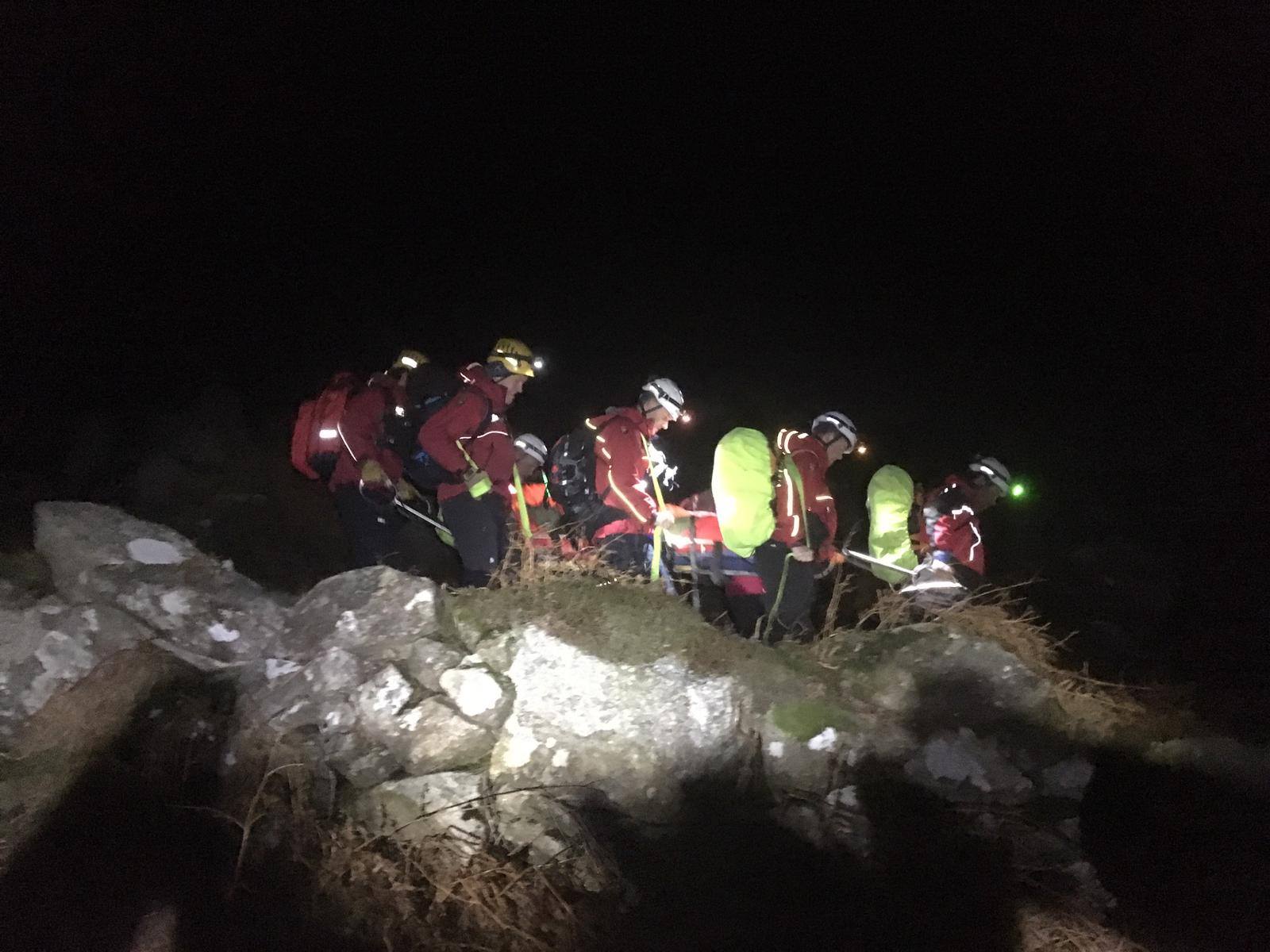 The volunteer rescue team handled a total of 14 incidents in the first two months of the year. The latest call-out occurred on February 17 when they helped treat and stretcher a walker on the Sugarloaf mountain who sustained a lower leg injury.

“On average, the first two months of this year have been in line with the trend of the last few years,” said DWMRT public relations officer, said John Kavanagh.

When temperatures plunged at the end of January last month, some areas became impassable due to sheet ice and snow. The DWMRT were prompted warn members of the public against “snow tourism” as several people were forced to abandon vehicles on the Sally Gap and the Old Military Road.

“Thankfully, the majority of people did heed recent warnings about winter conditions on the Sally Gap. Unfortunately, some people did not heed the warnings.”

We'e just heard from the @WicklowUplands Council about the dangers of a recent phenomenon of 'Snow Tourism' which is seeing cars, families and services being put in dangerous situations as weather conditions continue to be unpredictable. Dont put yourself or others in danger.

DWMRT, a charity which was founded in 1984, is partly funded by the government, but it also relies on donations and fundraising efforts. “The team is very grateful for the support it receives,” says Kavanagh. The service operates 24 hours a day, 365 days a year, covering the breath of the Wicklow Mountains and assisting teams in other regions when requested.

Kavanagh adds that the group is currently raising funds to build a rescue base which will mean that, “for the first time its 35 year history, the team will have a home of its own.”

DWMRT’s next fundraising event, Walk the Line, is set to occur on Saturday, March 30th. The annual walk will see members of the Rescue Team guide members of the public on two trails at the GlenCullen Adventure Park. Registration is €15 per person, with a fundraising target of €75 per team.

Planning to visit the Wicklow Mountains?

The Wicklow Mountains are a fantastic resource, with great opportunities for outdoor recreation. In the main, such activities are very safe, but there are ways to reduce any associated risk.