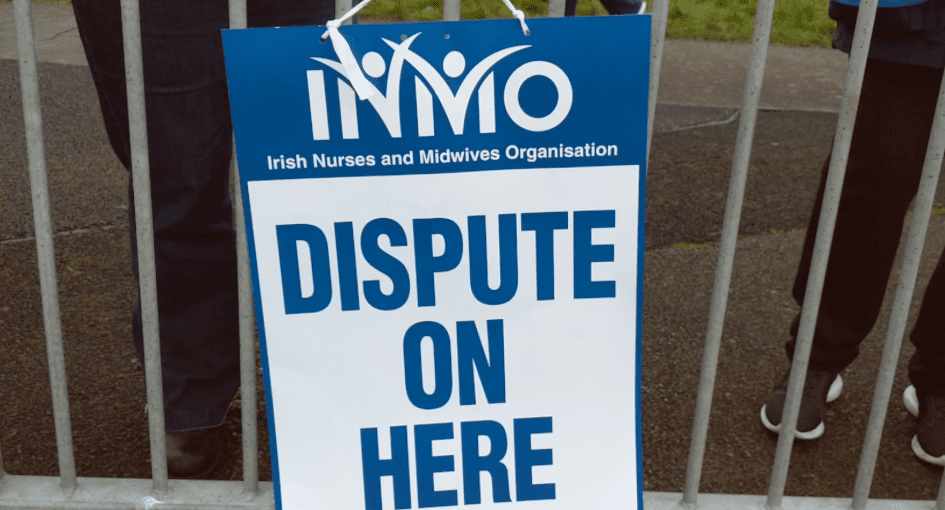 196
SHARES
ShareTweetSubscribe to our Newsletter

The Irish Nurses & Midwives Organisation (INMO) carried out its second strike action today as it seeks to negotiate better conditions and pay.

St Columcille’s Loughlinstown and Greystone’s Health Centre were two of 240 locations where nurses took part in industrial action. Up to 27,000 patients or service users across the  country have been affected as emergency departments remain open.

“Our government doesn’t care about junior nurses or senior nurses, and we’re losing them left right and centre,” said Orla Wynne, one of the hospital staff taking part in a picket on the edge of the N11 in Loughlinstown. “We’re losing our graduates. We’re hemorraghing them.”

“We have really highly educated nurses coming out of college, and they’re going to work in the hospitals and they do not get the support that they need.”

She added that Irish hospitals no longer had enough senior staff because they had been enticed abroad with better pay. A survey by the INMO last year found that 71% of final year nursing students were considering leaving the country.

In a statement released last night, Wicklow TD and Minister of Health Simon Harris expressed disappointment that the second strike action was going ahead.

“The government has always listened to the concerns expressed by nurses in relation to working conditions and job satisfaction as well as the patient experience.”

Today’s strike is one in a planned series of eight during February. INMO members are set to picket again on February 7th, 12th, 13th, 14th, 19th, and 21st.