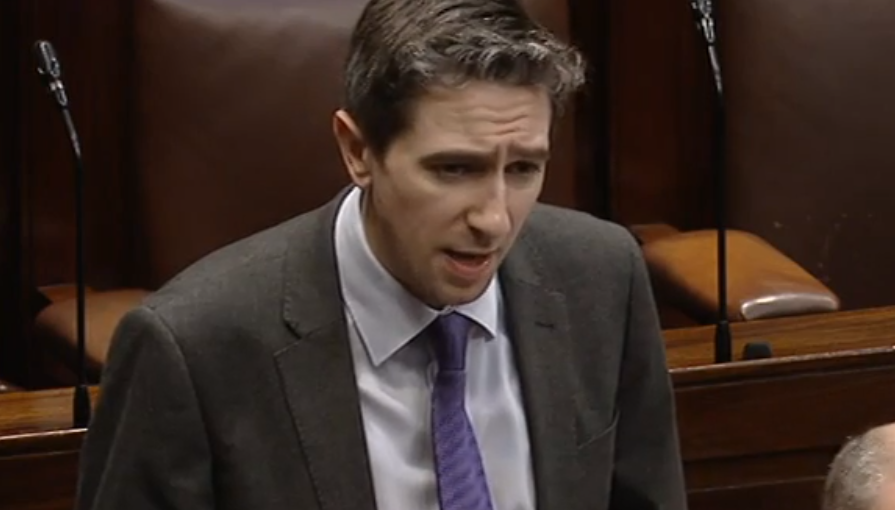 Health Minister and Wicklow TD Simon Harris has issued an apology to fellow TDs over his answers to a parliamentary question about the National Children’s Hospital.

Simon Harris offered “sincere apologies” for his failure to give a full answer when quizzed about the hospital’s construction costs on September 18, 2018.

The new National Children’s Hospital being built at St James’s gate was initially projected to cost €987 million but now sits at over €1.4 billion.

Details of the overspend were not made public until December but questions remain over when Harris himself became aware, with reports suggesting the Department of Health received notice in August.

He said that it was not his intention to mislead the house.

“At the time of answering, I was not in a position to give commercially-sensitive figures – but I should have answered it more fully.”

“I sincerely apologise to the house for not doing this, and to Deputy Cowen who asked the question.”

In his remarks to the Dáil, Minister Harris underlined the need for the new hospital. “This hospital, as we all accept, is badly needed and will transform the delivery of children’s healthcare in Ireland.”

“It is absolutely true that the costs of this project have increased significantly, and taxpayers want to be assured that their investment is managed correctly.”

The Minister for Health, Simon Harris TD, made a Personal Explanation in the Dáil chamber today #seeforyourself @SimonHarrisTD @roinnslainte pic.twitter.com/wWOaPjd5YW

Writing on Twitter, fellow Wicklow TD John Brady of Sinn Féin referred to the apology as “accountability my arse!”

“Simon Harris has made a feeble attempt of an apology to the Dáil over the €450m overspend. That’s grand, thanks for that. Now we can move on nothing to see here.”

Sinn Féin has indicated it will move an opposition motion of no confidence in Harris this week or next due to his handling of the overspend. But Fianna Fáil deputy leader Dara Calleary has said his party, which the government relies upon as part of a confidence and supply agreement, will not support the motion.

An anaemic non apology from Minister Simon Harris is this govt's version of accountability. A joke. A bad joke. An expensive -€450 million – joke.