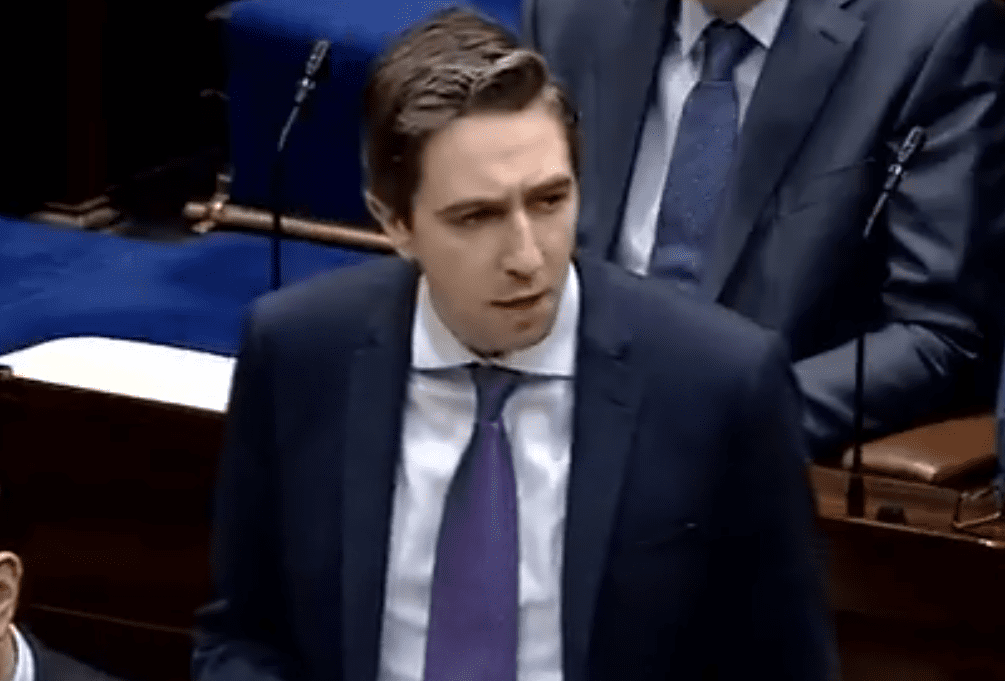 An attempt by opposition parties to remove Wicklow TD Simon Harris from his position as Minister of Health has failed.

The vote, brought by Sinn Féin, lost by 58 votes to 53 with a further 40 abstaining, including members of Fianna Fáil.

Harris has come under repeated attacks in recent weeks over a number of issues, including an overspend for the new National Children’s Hospital being built at St James’s Gate. The Fine Gael TD recently apologised to the Dáil for his failure to reveal the increased construction costs in August last year.

Prior to the vote, Harris defended the need for the children’s hospital, promising to “get to the bottom of what has gone wrong” and telling Sinn Féin TDs: “You might quit, but quitting is not in my DNA, walking away is not an option.”

Bring it on! We’ve worked together to repeal the 8th, pass the Public Health Alcohol Bill, help our CF patients access new medicines, introduce the HPV vaccine for boys & develop a cross party 10 year plan to reform our health service. So much more to do! Looking forward to it pic.twitter.com/ebaqGXwy2Y

Speaking earlier ahead of the motion, fellow Wicklow TD Stephen Donnelly levelled criticism at the government’s stewardship of the health service. Donnelly, who is Fianna Fáil’s Spokesperson for Health, said: “We have the lowest level of consultants in Europe, mental health services are in crisis, [and] some children with special needs are waiting 3 and a half years.”

“10,000 people are waiting for hospital appointments right now. Why is this happening? They’re happening because this government has lost control of healthcare.”

Donnelly himself abstained from the confidence vote, insisting that bringing down the government would lead to three months of instability as Britain exits the EU.

“Most Irish people agree a general election in the closing days of Brexit would be madness.”

Fianna Fáil's Stephen Donnelly defends his party's decision to abstain from the no confidence vote pic.twitter.com/IFKlm58W5X

PrevPreviousOver €41,000 raised for Wicklow charities through Bank of Ireland’s Give Together initiative
NextFG putting jobs at risk with 23% VAT hike on food supplementsNext