“All The Stations” railway challenge to visit Wicklow 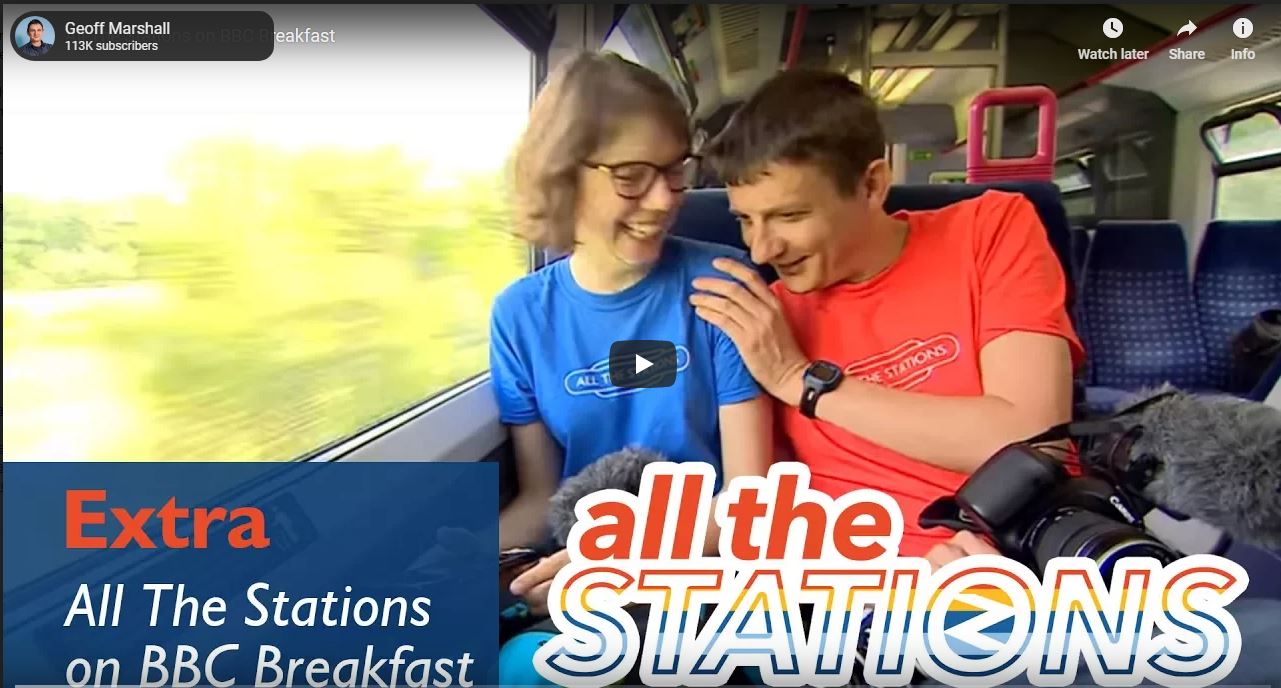 All The Stations – Ireland: a project to visit and document ALL 198  railway stations in Ireland and Northern Ireland.

After the success of 2017’s original All The Stations series, All The Stations – Ireland is an  ambitious new project to travel to all 198 railway stations in Ireland and Northern Ireland during the spring of 2019, creating an online video series about the journey.

All The Stations – Ireland is led by Geoff  Marshall – a video producer and transport  blogger, and Vicki Pipe – a presenter and  museum education professional.

Together, the  duo created the original All The Stations series  in 2017, where they travelled to every single  railway station in Great Britain – all 2,563 of them!

The 59 videos from the original All The Stations series have so far accumulated over 4  million views on YouTube, and a book about the journey, The Railway Adventures, is an  Amazon best-seller.

“In 2017 we travelled to every single railway station in England, Wales and Scotland,” says Vicki.

“Now, we plan to venture overseas to travel the railway networks of Ireland and Northern Ireland;  discovering how they work, what they mean to people, and what adventures they can lead us (and  our followers) to along the way.”

In All The Stations – Ireland, Geoff and Vicki will travel internationally, bringing the railways to life as  they explore the reality of networks across Ireland and Northern Ireland, plus the places and people  they encounter along the way.

Every day’s adventures will be shared through professionally-edited videos and social media.

People following All The Stations – Ireland will enjoy:

Events will be shared as they happen, and the public can follow the All The Stations – Ireland  journey themselves in real-time, spring 2019.

All The Stations – Ireland begins in March 2019, but only with the public’s support. During January  2019, a Kickstarter campaign was launched to raise the funds needed to make this project a reality.

In just under one hour the original fundraising target of £14,500 was reached, and the

Such a generous response enables an even greater amount of video content to be produced,  including a bonus exploration to the Isle of Man.