An Tóchar minor footballers come from behind to topple Bray Emmets 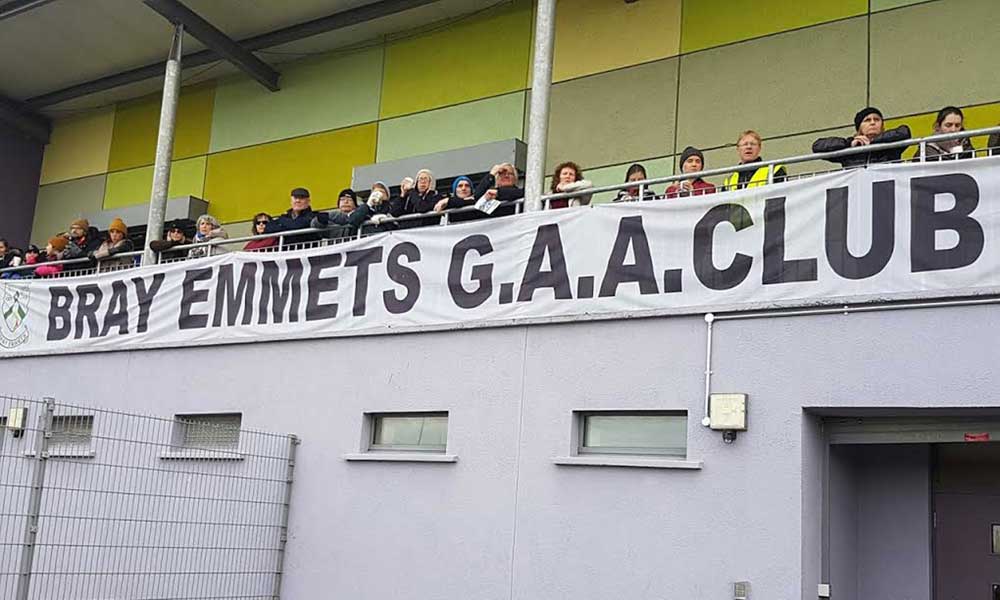 An Tóchar are off the mark in the 2019 Minor Football League after coming from behind to claim an impressive victory over Bray Emmets on Monday evening.

After losing their first league fixture to Éire Óg, the visitors looked to be heading in the same direction when Sam Kearney netted for Bray inside the first 30 seconds.

However, An Tóchar came charging back to lead at half-time, before putting in a second-half clinic — buoyed by a goal from Darragh Fee — to move away from the hosts and record a deserved six-point win.

Monday’s game in Bray was due to start at 8pm, but was delayed to accommodate the late arrival of An Tóchar to the ground. When the match eventually threw-in, the visitors appeared to be playing as if they were still in the changing room, as Conor Murphy broke through the An Tóchar rearguard to set-up Kearney to rifle the ball into the back of the net inside just 27 seconds.

That early scare seemed to wake An Tóchar from their early slumber, as quick fire points from Ryan Nolan and the consistently reliable JP Nolan (free) reduced the gap to a minimum with seven minutes on the clock.

Further points from Dylan Cummins and another Nolan free gave An Tóchar the lead, as Bray struggled to cope with the visitors’ pace on the counter-attack. Niall Sheehan then scored An Tóchar’s first goal of the evening to consolidate their superiority on the first-half.

Darragh Fee got the first score of the second-half after a Bray Emmets defender misjudged a high-ball, before the four-point gap was suddenly reduced to just the one through Mark Cullen’s goal for the hosts, making the scoreline 2-01 to 1-05.

That was no more than momentary reprieve for Bray, as An Tóchar stretched their legs to take full command on the second-half. JP Nolan split the posts from a free for the third time, before the same man robbed the ball in midfield, weaved past three or four Bray defenders, and blasted the ball over the bar.

An Tóchar could have had a penalty on 38 minutes when Ciarán Murphy appeared to be pulled down inside the Bray square, only for the referee to give a free instead, which Nolan gladly put over the bar.

Gavin Rochford pointed for Bray, but An Tóchar were looking increasingly clinical when charging forward through the likes of JP Nolan, Ciarán Murphy, Darragh Fee, and Niall Sheehan.

Ryan Hanlon, JP Nolan (free), and Jordan Brady split the posts to give An Tóchar a six-point 2-02 to 1-11 lead, before Evan Barry followed up a Brian Nesbitt free with a speculative shot that dropped over the head of the An Tóchar goalkeeper and into the back of the net to reduce the gap to just two points with just over ten minutes to go.

However, Bray couldn’t manage to press on and turn the game around in the closing stages, as they went scoreless for the rest of the game. An Tóchar, on the other hand, overcame this set-back to romp home for the two points.

Ciarán Murphy continued to be a handful down the right-hand side, as he drove forward and fed Darragh Fee, who took one step to his right and placed the ball delightfully into the left-hand corner of the Bray goal to restore their five-point advantage.

Murphy was involved yet again when he was hauled to the ground, giving JP Nolan the simple task of slotting his sixth free of the evening.

Nolan had a well-deserved goal chalked off for steps late on but the result was academic, as An Tóchar left Bray with an impressive win — their first of the 2019 league season.

WicklowNews Player of the Match — JP Nolan (An Tóchar).