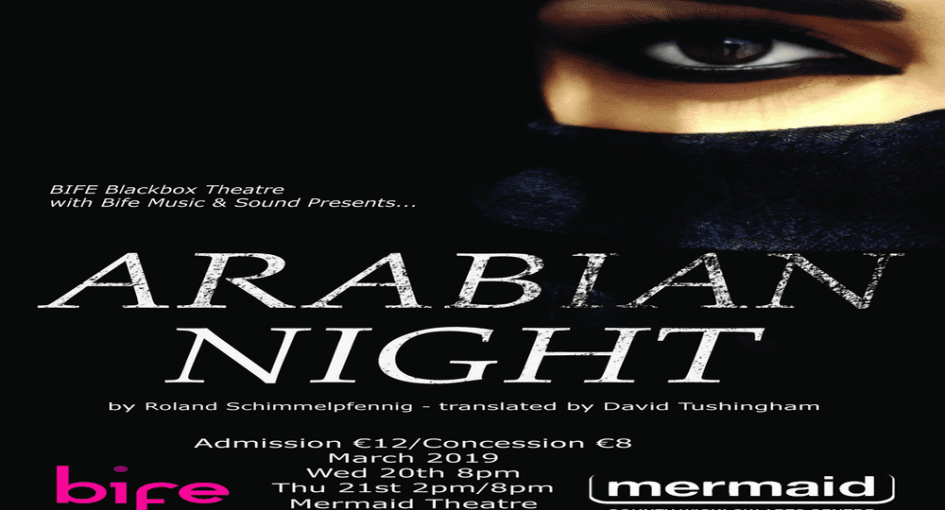 A bold take on the powerful and surreal Arabian Night is coming to the Mermaid Arts Centre on March 20th and 21st.

Joined by the Music Performance and Production departments, BIFE’s Black Box Theatre Company will conjure their unique take on this journey of self-discovery, betrayal and love written by German playwright Roland Schimmelpfennig

The play mixes Western urban apartment life with oriental mysticism and follows five souls – a dreary super, a pair of female roommates, a boyfriend and a voyeuristic neighbour.

Featuring sound as the focal point, this production looks set to captivate audience members in an immersive sonic experience. Provided with blindfolds, the audience are invited into this auditory mirage where the leaky pipes of the high-rise apartment become the soundtrack. 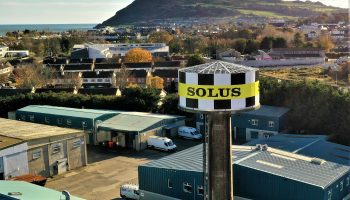