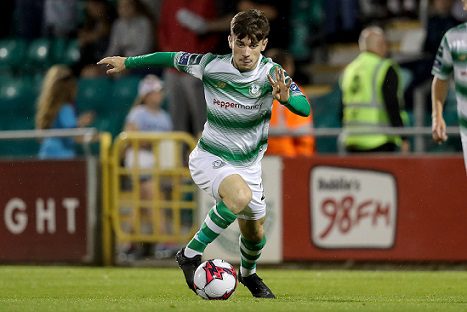 Aaron Bolger captained the Irish under-19s, as Tom Mohan’s men kicked off their European Championship Elite Qualifying campaign in blistering fashion with a 5-0 win over Romania on Wednesday morning.

The on-loan Cardiff City midfielder played all 90 minutes, as two goals each from Jonathan Afolabi and Will Smallbone, along with a Romanian own-goal, gave Tom Mohan’s side a valuable three points and a strong goal difference, in a group where only one team qualifies for this summer’s finals in Armenia.

Afolabi and Smallbone scored each of their first goals of the contest inside the first 11 minutes, as Ireland started the game in dominant style. The duo completed their respective braces early in the second half, with Romanian winger Claudiu Petrila putting into his own net in between.

With 20 minutes left to play, goalkeeper Brian Maher saved a penalty from Romania’s Vladimir Screciu after Raoul Baicu was fouled in the box, to ensure Ireland finished the game with a clean sheet.

The Under-19s return to action on Saturday, with a match against Azerbaijan at 9am (Irish time).