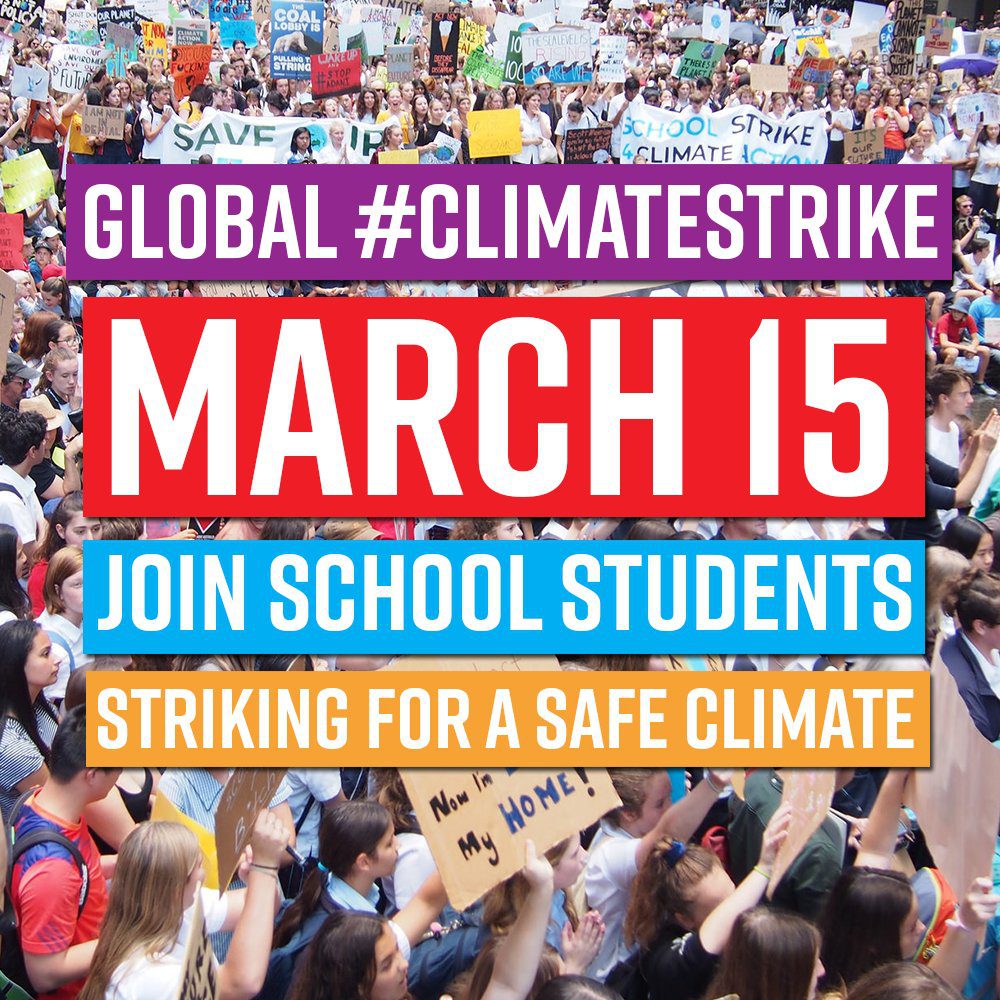 183
SHARES
ShareTweetSubscribe to our Newsletter
#mc_embed_signup{background:#fff; clear:left; font:14px Helvetica,Arial,sans-serif; width:100%;} /* Add your own MailChimp form style overrides in your site stylesheet or in this style block. We recommend moving this block and the preceding CSS link to the HEAD of your HTML file. */

Two spontaneous climate marches will take place in County Wicklow this Friday – and one of the organisers is bidding to become Wicklow’s youngest ever local councillor.

Students at schools throughout Wicklow are expected to walk out of classes in the midst of global school climate strikes on Friday, March 15.

As part of the action, 19-year-old University College Dublin (UCD) student Rory O’Connor has announced a Bray Climate Strike event via Facebook. The event will start at 1:30pm outside Super Valu, Castle Street and proceed to Bray Civic Centre.

A Greystones march organised by local parents is also set to commence on Friday from Burnaby Park at 1:30pm.

Rory O’Connor, who says he will stand as an independent candidate for Bray West in local elections during May, told WicklowNews.net that Irish governments “have taken an ‘it will be grand’ approach to climate change.”

“Next year, we the tax payers will have to pay millions of euros in fines for climate change failure. This money would be far better spent on our homelessness problem and housing.”

O’Connor says he wants the event to raise local awareness and to “put pressure on Wicklow County Council to do more about climate change and in doing so [keep] Wicklow the Garden of Ireland.”

Annette Kelly, one of the parents behind the Greystones Climate Strike #FridaysForFuture event, says she, like Rory O’Connor, was inspired by Greta Thunberg.

Thunberg is a 15-year-old climate activist who received global media attention for a three-week solo school climate strike outside the Swedish parliament in August.

A wider movement has since adopted Thunberg’s cause, and Kelly herself brought three sons to recent Thunberg-inspired climate strikes. “During mid term I took my three boys up to the Dáil, and we went and protested there with our homemade posters.”

“And because I knew that there would be this global strike on Friday, and because it’s not exactly practical for me to travel from Greystones to Dublin with four children, I thought why not try and do something here. And that’s how it started.”

Though some teachers are sympathetic to the strike and are helping children to make posters, she says that Wicklow schools are not officially supporting it.

Separately, the Department of Education has announced that participation is up to principals and school boards.

“We’re just, as parents, deciding we want to take our kids out of school early for this strike,” says Annette Kelly.

The government previously signed up to reduce 2005 emissions levels 20% by the year 2020. However, at current rates, the EPA said last year that Ireland will achieve just a 1% reduction and as a result may incur large fines.

Annette Kelly says that it is still not too late for Irish people to act on climate change.

“I think we are definitely at a time of crisis now, that we really need to do something and get our act together. But no, it can never be too late. You can’t just give in to despair or depression and just sit on your hands. We have to do something.”

“That’s one of the things that Greta Thunberg says a lot. It’s only when you start to act that hope appears everywhere. And I’ve found that very true over the last few months.”

“When you start trying to make changes around you, then hope appears. It just feels good to be doing something.”