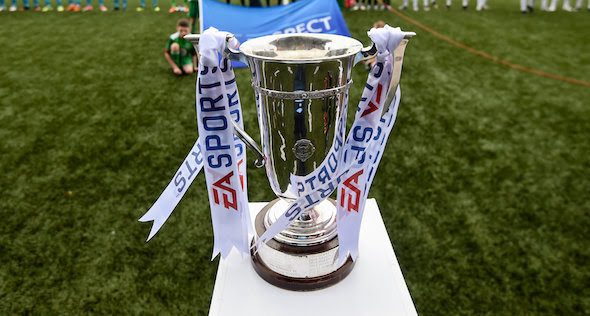 Gary Cronin’s Seagulls progressed through the first round by virtue of a 3-2 win over Wexford FC on the 4th of March. Wanderers currently hold a 100% record in all competitions this season, having won all three games in the First Division to leave them top.

Shamrock Rovers, on the other hand, sit top of the Premier Division, having picked up 13 points from six games. The contest will see Aaron Greene return to the Carlisle Grounds, nine months on from the striker leaving the then-struggling Seagulls for Rovers in July.

The second round of the EA SPORTS Cup takes place on the weekend of the 1st/2nd of April, with times and dates to be confirmed at a later time.

📣 Our Leinster FA Senior Cup Fourth Round tie against @Cabinteely_FC will now take place in the Carlisle Grounds at 2.30pm this Monday March 18th! #BWFC pic.twitter.com/keIfJZ8Y7F

Meanwhile, Bray Wanderers’ clash against Cabinteely in the Leinster Senior Cup has been fixed for Monday, the 18th of March. Wanderers have already picked up a win over their opponents, having beaten them 3-0 away from home in the league on the opening day.